« The escape of exnzpat, Part 7
A little bit of understanding of Asperger »

In praise of Cameron Slater (yeah, I’m surprised too)

Posted in 10 July 2011
Peter Aranyi
Comments Off on In praise of Cameron Slater (yeah, I’m surprised too)

If you’d suggested to me a year ago that I would be writing an article in praise of ‘WhaleOil’ blogger Cameron Slater I would have laughed at you. Hard. Yet, here I am doing just that. Let me explain.

We’ve discussed these issues before: responding to criticism or negative feedback about one’s actions or statements, engaging with those with whom you disagree. I personally believe there’s a lot to be gained from both these practices, and I try to partake in them. 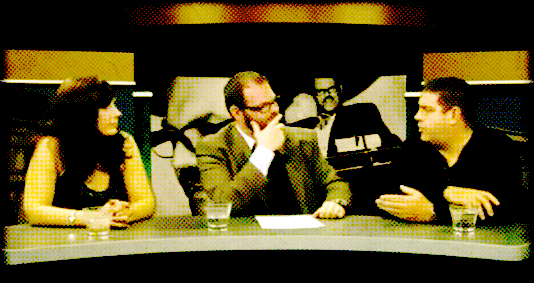 Like a lot of people interested in NZ politics, I occasionally hear of Cameron Slater and read his sometimes elaborately denigrating blog posts. I mentioned him here on ThePaepae.com when he was emoting ‘outrage’ at Rodney Hide’s face plastered on a web graphic of a swastika flag (and that image being reposted on North Shore mayor Andrew Williams’ facebook page).  As many thought local government minister Rodney was actually acting in an unbecoming ‘We must be obeyed’ manner to do with the Auckland super city amalgamation, the swastika was fair comment in my opinion.

‘Disgusting, foul beyond belief! ‘ Cam thundered, gleefully (it looked to me) clutching another club with which to strike Williams, whom he clearly despised. I (gently) accused Cam of mock outrage at the time, and I know others who read Cam’s ‘wounded feelings’ on behalf of Rodney  and saw them as shallow and contrived — especially when considered alongside the sort of unrestrained invective and polemic Cam dishes out to those unlucky enough to incur his disfavour.

Anyway, I’m not a regular reader of Cam’s blog but a couple of years ago I did notice that it frequently refers (in supportive tones) to another free-speaking blog by the acerbic Cactus Kate — asianinvasion2006.blogspot.com/ — a thin pseudonym for Hong Kong-based Kiwi lawyer Cathy Odgers (Tagline: Saving the world from sanctimonious bearded men. One whisker removed at a time.)  She’s fun reading at times too, with her claims to be part of the VRWC (vast right wing conspiracy) and at times giving the appearance of positively delighting in being politically incorrect. She’s a laff.

Some of her material appears to be aimed at baiting left-wingers (the people Cam with his true blue National Party heritage calls ‘pinkos‘ — his dad is ex National Party president John Slater and involved with the National-Party-in-drag Citizens & Ratepayers Assn.) That’s low-hanging fruit in NZ, as a small c conservative country, and there’ll always be a market for it.

Incidentally Cathy/Catctus Kate’s blog is pretty-well respected in the blogosphere for being contrarian e.g. going to bat for Mark Hotchin (as a purely altrustic measure, it seems), pointing out repeatedly that he was being demonised (a ‘hate campaign’ I called it here) and that popular whipping boy Hanover Finance hadn’t cost the taxpayer a dollar in bailouts … unlike the South Canterbury Finance fiasco.  She also clearly puts the effort in to analyse financial statements and isn’t afraid to put out  a minority viewpoint. Indeed, judging by correspondence, I think she relishes it.  She also constructs a pretty good argument and never wastes time calling a spade a gardening implement.

All good fun, whether you or I agree with her on everything or not. A little while ago Cathy kinda sorta ‘came out‘ as a one-eyed ultra-loyal ACT supporter (‘unequivocally’, ‘staunchest female’ ‘even voted for Donna Awatere-Huata’) — it fitted. I may have missed an earlier declaration, but wasn’t exactly surprised. Never mind.

Very recently Cathy got a short-lived internet PR boost from Martyn ‘Bomber’ Bradbury’s pointed and explicit denouncement of her potential candidacy for ACT. (We discussed that here) So far the only three episodes of Martyn’s internet TV show I’ve seen have each fed her more and more of what Margaret Thatcher called ‘the oxygen of publicity‘. (Cathy even publicly mused whether she’d be invoiced by Bomber for managing her campaign launch. Since most elections/selections are fought on profile and name recognition, he certainly helped her in that respect.)

Martyn’s sustained criticism of Cathy and by extension the ACT Party for even considering her as MP candidate material has been, in a word, vitriolic. Don’t misunderstand. I like strong opinions and their expression. A lot. But as I said to him (via Twitter,  comments on his Tumeke blog, and in this blog post) he’s taking things too far if he advocates depriving those with whom he disagrees of their right to participate in democratic processes. Trying to exclude people from debate is ‘off’, in my view.

Those comments of mine were not appreciated it seems. Martyn’s thin-skinned(!?!?) response, tellingly, was a snide tweet to the effect of: ‘Who the hell cares about your opinion, Peter?’ and then apparently shortly afterwards to block me on Twitter. Tsk. Touchy. (So much for that conversation.)

From the limited amount I’ve seen, Martyn Bradbury’s shtick seems to be hysterical over-statement and prose that is not so much purple as ultraviolet. He runs a terrible risk, it seems to me, of becoming a cliché of himself — and subsequently easily ignorable. His (genuine, I think) outrage that Fairfax’s stuff.co.nz website didn’t ‘pick up’ his ‘Shock! Horror! White supremacist a founding member of the anti-MMP group’ scoop was tragic. His response was tragic, I mean, not stuff.co.nz’s questionable editorial decision, if it still stands. I personally thought the story was & is newsworthy, and certainly Bob Harvey’s resignation from the ginger group in response made it so.

Here’s how ex-journo, now media advocate(?) Bill Ralston put it (echoing my own bemusement at the subject of this blog post):

It feels a little odd to be giving kudos to Bomber Bradbury as his views and rants generally can be labelled as “loony conspiracy theory left” but a scoop is a scoop and anyone who hooks up with rabid racist groups deserves to be given the boot from a lobby group that hopes to persuade a majority of New Zealanders to again change the voting system.

I see what Bill means, but deserves ‘the boot’? Yes, sure, the stigmatized Alex Fogerty was ejected by his team mates like a radioactive potato. But did he ‘deserve’ that? Or was he simply sacrificed as a matter of pragmatic political damage control? Hmm. The latter I think.

Cam Slater – a voice of reason? Are you kidding me?

And so we reach my surprising encomium for Cameron Slater. Despite his clear history of somewhat broad-brushed and ad hominem attacks, the guy engages. That’s very good. I’ve watched three episodes of Bomber Bradbury’s TV show — two happened to have Cam as a guest commentator, introduced by Martyn in terms such as ‘that awful Cameron Slater’ and ‘hard right storm blogger’ (cf: storm trooper = Nazi = Godwin’s Law FAIL).

I really didn’t think I’d say it, but on those shows Cameron came across as entirely reasonable. As mentioned, I’ve earlier said I agreed with his point that who ACT selects as its list candidates is ACT’s business and no-one else’s, although comment is free. That Cam appears to better understand/have a greater commitment to that democratic principle than Martyn Bradbury speaks to me. 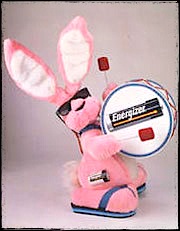 Watching Cam respond to Martyn’s imitation of an Energizer® bunny spraying stereotypical abuse and bile at his various targets, I was impressed by Cam’s lack of ‘rise’. I’m not a right winger’s elbow, but even I might have been tempted to bite back at some of the extreme, nonsensical, dickish things being spouted. Sure it’s entertainment, but sheesh!

On the shows, Cam seemed laid back, almost soporific … but still managed to poke his oar in. To be fair, that’s also partly a testimony to Martyn’s flashes of evenhandedness as host — he did, occasionally, literally cover his own mouth (see photo above) and give his guest ‘foil’ a chance to have a say.

It’s also partly attributable to Martyn’s talking points being big fat targets — no surprises, shading, or twists, so even a sleepy right-winger had plenty of time to take aim at arguments as well-telegraphed as a Hillbilly feud.

Now, my watching three shows is hardly a comprehensive sample, and I don’t intend to award stars or ‘review’ Martyn Bradbury’s show as he does to TV’s Q+A and The Nation. I earlier described the show as ‘very entertaining’, and at this stage I still find it so … but sort of for the wrong reasons. (Is that possible?)

‘What’s this guy actually trying to achieve?’ I found myself asking when he took a breath. My view: When a media commentator becomes a caricature, a stale, predictable cliché, they’re in danger of sliding into irrelevant, ‘preaching to the choir’ self-reinforcing gumworks. People will watch/read merely to have their prejudices reinforced rather than to learn anything or have thoughts provoked. That risk applies just as much to Cam Slater the reliably right-wing reactionary, as it does to a confirmed loony-lefty like Martyn Bradbury. Or me. Whatever I am.

When our ideology and world view makes us one-eyed, we really do see less.
And as for intolerant impulses to ‘silence the critics!’ … well, that way leads to gulags.

Congratulations to Martyn and Cam for engaging.