« In praise of Cameron Slater (yeah, I’m surprised too)
Is Bernard Hickey channeling the Cybermen? »

A little bit of understanding of Asperger 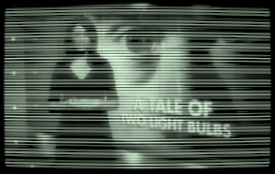 Congratulations to journalist Janet McIntyre, giving us an insight into life for someone with Asperger syndrome via her ‘A tale of two light bulbs‘ documentary.

I hope some more understanding of these people will result from such public/media exposure. (Is that too much to hope?) We discuss Asperger here on ThePaepae.com from time to time — my ‘umble effort to challenge the ignorant stereotype-based ‘bashing’.

Media commentator Russell Brown has spoken/written about this situation before, and his blog post today Angry and thrilled about Arie is worth a read.

And yet, as angry as I am about what has happened to Arie, I was also thrilled by last night’s programme. Thrilled to see a young Asperger man speak at such length on prime-time television, to be given such an opportunity to be understood and recognised for the person he is. For that, Janet McIntyre and the rest of the Sunday team, I am deeply grateful. Thank you.

To hear that the NZ Police informed the Sunday programme they are “under criminal investigation” seemed ludicrous and intimidatory last night. Such actions convey a distinct odour of cover-up to me. Here’s the NZ Herald story … Police investigate TVNZ looter story

At the end of the Sunday segment, presenter Miriama Kamo said the programme received an email from Christchurch Central Police Area Commander Inspector Derek Erasmus advising they were “under criminal investigation” in relation to the story.
Inspector Erasmus watched the Sunday story last night and confirmed the programme was being investigated.
“Police confirm that they are investigating the actions of the Sunday programme in relation to their dealings with parties in the case.

Seems crazy. Respect for the police is only diminished by refusal to consider their own actions — and over reactions(?) Time for them to put things in perspective and acknowledge ‘differences’ exist.