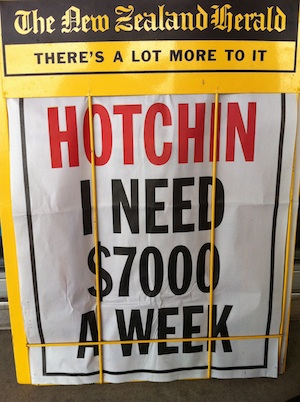 Yes, I'd pretty much call it a hate campaign against Mark Hotchin. (NZ Herald)

There’s a particular kind of anger and outrage sparked when you feel someone has shafted you financially.

I’ve been reflecting on the strength of feeling expressed by some commenters in the thread ‘Is this how Shaun Stenning handles a request for a refund?‘ and the public and private reversal of fortunes experienced by some former financial ‘high-flyers’.

Someone who has made promises that you trusted or made claims of financial ‘strength’ or ‘integrity’ or ‘security’ … using words and documents which basically say ‘you can trust me’ or claims that things are ‘designed to withstand storms’ … really does set themselves up for a fall when things go against them.

Even more so, using the vehicle of a personal guarantee to set minds at rest about an innately risky venture you are promoting (or spruiking.)

A case in point: Hanover Finance (who we last discussed here). The fall from grace of this previously hyped-up but reasonably successful, for a time, money lender (“built to withstand the toughest conditions”) has provoked what can only be described as a hate campaign against the former director Mark Hotchin.

Reporters are door-stepping him and hassling him at the airport, and on holiday … and he receives continual news media coverage of the most intense and unflattering kind, constantly questioning why he should have any ‘luxury’ in his life when the people who trusted him have lost so much.

A gummint agency has frozen his assets and poured scorn on his claims that his weekly commitments can’t be met by $1000 per week. He is seen by many, it seems, as a figure worthy of contempt. Not a good place to be.

It creates bilious feelings when someone whom you trusted (rightly or wrongly) — because they made statements, promises and ‘projections’ on which you relied — lets you down in a way that affects you financially.

It may be they may have promulgated claims of financial ‘strength’ or ‘integrity’ or ‘security’ … using words and documents like ‘first ranking debenture’, ‘security’, ‘guaranteed’ and slogans like ‘you can trust us’. (These devices along with copious declarations of their own good character are often used to soothe potential targets’ fears.)

When someone who overtly claimed superiority (moral or to do with ‘expertise’) actually proves to be weak, it hurts … especially if they gave you abundant voluble ‘reasons’ to trust them: “I am a man of high integrity, an expert, one of the best, I know what I’m doing.”

In that context, I read the recent sobering confession (is that the right word? Maybe owning up to reality fits better) of a local personality who features in these pages from time to time.

He admitted that he’d been through ‘relative hell in many ways’ over the last two years, and, despite his sales-focused roadshows and the affirming messages he’d peddled to his followers throughout, he and several of his ‘clients’ had in fact been struggling just to ‘stay afloat‘ … and he has, sadly, found himself in a position where he can’t meet financial obligations.

That’s a pretty tough situation. (I know a bit about what he faces. People tell me things. It’s one of the side-effects of my being open about my identity.) Actions always have consequences… that’s just how it is. That said, as I told him recently: I certainly wish him no extra hardship or sadness.

We’ve been in a recession, for goodness sake, and a lot of businesses are in the doldrums … learning the hard way that what may have worked before works less well now … many businesses, many families are under pressure. Bills are taking longer to be paid, if they can be. Many people are struggling, and the last thing they need is an investment loss.

If this local yokel is to survive, it seems to me, he’ll need the continued co-operation of the very people whose trust and patience he has so stretched with his ‘optimism’ (to characterise it kindly). Rescheduling a significant amount of overdue debt requires forbearance on behalf of those you’ve strung along. 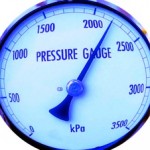 From my observation of the victims of financial misfortune which they perceive to be at others’ hands (e.g. Blue Chip) they often experience a ‘stages of grief’ journey akin to that outlined by Kubler-Ross (denial-anger-bargaining-acceptance … I’m missing some, but you get the picture?)

The trouble is, if/when such victims of investment loss perceive that they have been cynically taken advantage of, or set up to fail, or misled in any way (or worse, scammed), their emotional gearbox can get stuck in ‘anger‘. When trust falls off the track, rage is often in the next car along. (True believers will keep thinking the best of their guru until the bitter, undeniable end, however.)

It’s THAT feeling which is being outworked towards Hanover’s Mark Hotchin and before him Blue Chip’s Mark Bryers … and possibly (I’m not sure) with this much-smaller fish who finds himself in a place of increased financial pressure with chickens coming home to roost.

If an investor or creditor feels they have been treated badly, or ‘strung along’ they feel aggrieved. That’s normal. Sometimes, when their patience finally evaporates, they reach for remedies which can have a cascading bad effect and trigger a day of reckoning.

Everyone has a brother-in-law, a mate, or some other advisor who will shake them by the shoulder and say; ‘What the hell are you thinking? You’ll never see that money again! Take this bastard down!’

I sympathise with those who have seen their investment turn to custard — and to a far lesser extent with those whose glib sales talk helped create the conditions for that loss.