« This is not a dress rehearsal
Who funds Matthew Hooton? » 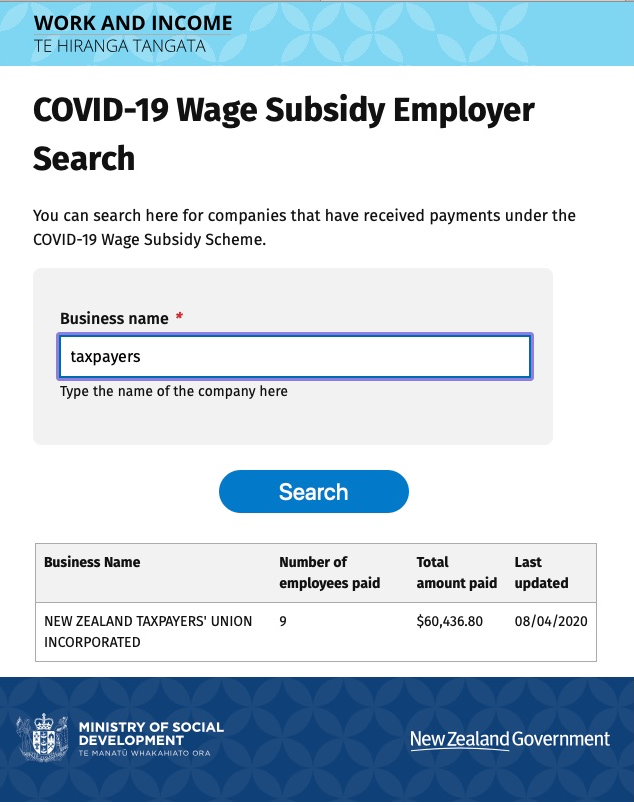 Best known for its sometimes absurd agitprop about government and local council spending, no-one could ever accuse this little band of right wing political activists of intellectual consistency.

Sure, we’re all entitled to put our hand out for government support in times of need. No question about that. But THESE GUYS*? What a joke.

* We’ve discussed them before, here, a little bit.

UPDATE: Thanks to a reader, I’ve now seen this spiel in which the astroturf lobby group admits abandoning ‘idealogical purity’ and its previous “state[ment] on the record that we would never accept taxpayer funding”. 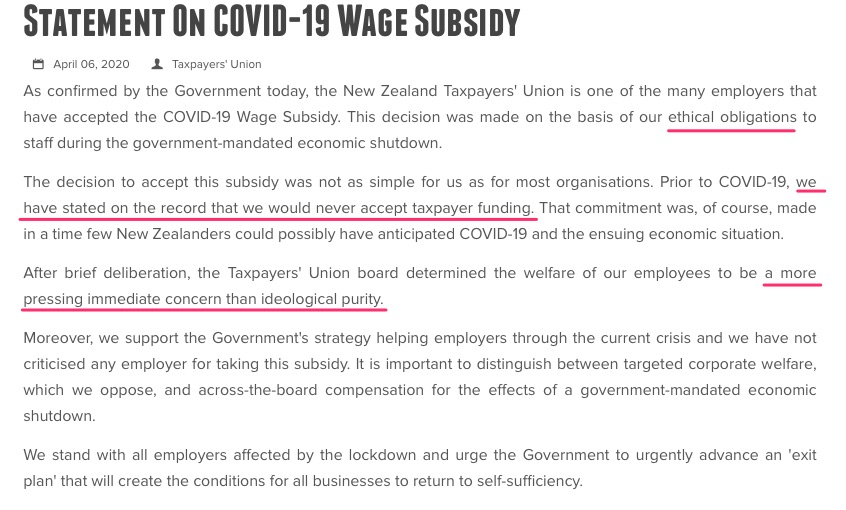 Like everyone applying for the subsidy, this group would have had to make a declaration that they had experienced, or forecast a 30 percent drop in income. Wow, if so, that happened quick. I guess their donations and sales of souvenirs dried up?

Some useful discussion of this aspect and others, here: sparked by Russell Brown on Twitter (Gosh it would be ironic if this sparked a closer look at this rubbery group’s funding, eh?)

UPDATE 2: This is not a spoof. Well, no more than the whole deceitful schtick the fake/astroturf ‘group’ has run from the beginning. Remember, this is a ‘group’ which runs an opaque (cough) ‘funding model’ (hides its corporate donors and other donors) and has a record of being tardy with fulfilling its public financial reporting obligations as as incorporated society. (As revealed here: Making a pig of it. Jordan Williams has been tardy with his financial reporting obligations).

Anyway, look: a feeble defence, followed by another excellent juxtaposition: 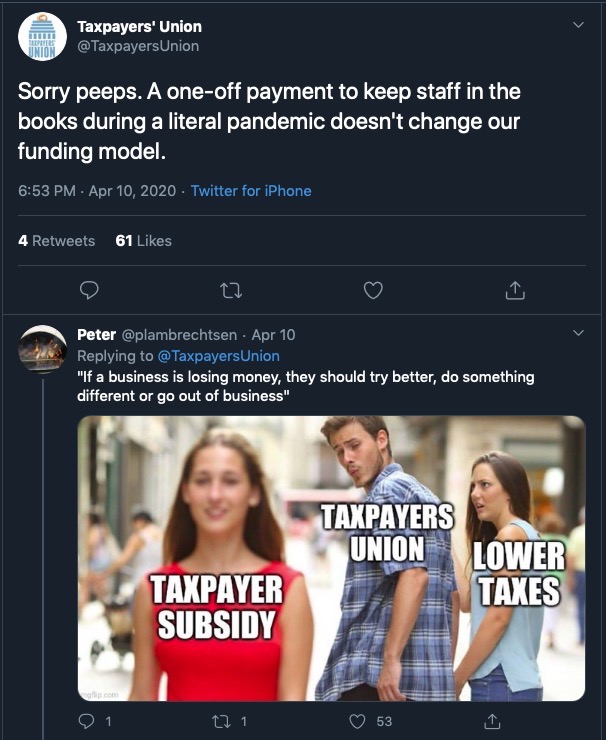