« Who funds Matthew Hooton?
So, I was right about paid character assassin Carrick Graham, eh? »

You cannot believe your eyes. (The Queen’s Gambit’s visual effects are astounding.) 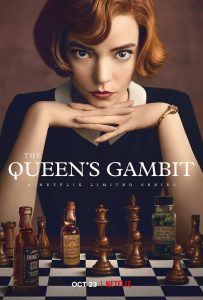 Like, I guess, millions of other viewers, I throughly enjoyed the Netflix 7 hour series The Queen’s Gambit.

Not only was it perfectly cast and acted. The writing, the music, the costumes and sets were all amazing.

The visual effects, by a company called Chicken Bone FX, were absolutely astounding. They were so much more than just ‘special effects’. Here’s their skite reel for that show. Wow.