« History will judge WikiLeaks. And they’ll be seen as right.
The sins of the fathers »

In defence of Shaun Stenning — (update: FAKE) Jennifer from Oz

This comment floated in overnight — from ‘Jennifer‘, [who is a sockpuppet. See UPDATE 2 below] in response to last month’s post ‘Is this how Shaun Stenning handles a request for a refund?‘ and, oh, she accuses me of insincerity, to say the least: 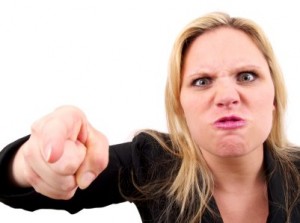 It seems you like to play devils advocate don’t you, you have never once posted anything positivite [sic] about Shaun Stenning, no mention of the $30,000 SGD he donated to the All One Foundation earlier in the year, no mention of the lives he’s changed with the information and strategies that he has taught from stage.

But you’ll happily publish all the crap that you hear second hand or read on other websites and forums? C’mon, you are in exactly the same industry as Stenning is, and from what I can see you started to publish your posts about him just after his successful launch of the NZPG brand into New Zealand.. Seems to be a bit of a green eyed monster coming out of the dark doesn’t it..

Can you honestly say that you’ve never had an unhappy customer with your Empower (what ever it is) company, events, products and people that you promote? Can you honestly say that.. You are in exactly same industry and you know exactly the success rate of people that go into programs or do you have a different success rate to the rest of the industry where 100% of the people who come to your events and buy your’s or your speakers programs retire and be financially free..

Would love to hear your thoughts openly below

A few thoughts in reply (openly):

Hello Jen,
First, your attempted spin:
Loudly trumpeted charity donations, if they actually occur, are their own reward, in my view. Even if I was aware of them, so?
Personally, I don’t find your gushing ”lives he’s changed…” detail-free claim even slightly plausible. Not from what I hear.
Ask the disappointed Geekversity victims still licking their wounds in Australia and NZ, and now the Asian customers unhappy at what they see as “lies” they’ve been told in the hard-sell sales pitch for Twa.lk and Sni.pr?

Hypocrite?
You declare that I’m in “exactly the same industry as Stenning is” but then refer to “Empower (what ever it is)” as if you don’t really know … whacky. You imply envy or a vague business competition motivate my comments and their timing — par for the course. Good grief.

Check your facts. My first comments here at thePaeapae.com mentioning Shaun Stenning, No April fool, Dean Letfus claims: “DEFAMATION!” and Shaun Stenning: Monkey or Organ Grinder? in April 2010 followed his semi-literate and (probably unintentionally) funny ‘legal threats’ against a fellow blogger who reviewed one of the NZ property guru, er, ‘events’ to which you refer.

Smooth-talking Shaun Stenning was the pitchman. (You know the drill: ‘If there’s one thing I know about successful people it’s that they Take Action. Come, join us, make your dreams come true. Step into the future you deserve. Retire rich, rilly rilly fast. Just 3 easy clicks and sit back. All major credit cards accepted. Sign here before this opportunity passes you by.’ etc.)

I was told he got 25% off the top for his salesmanship. Nice work if you can get it.

But almost a year before that, around June 2009, Shaun’s Geekversity um ‘enterprise’ and roadshow had already caught my attention via the hyperbolic and dubious sales propaganda of Dean Letfus and Steve Goodey, two notable property spruikers and get-rich-quick ‘operators’ here in NZ. (Birds of a feather?)

Dean and Steve’s – what shall we call it? – half-baked ‘promotional liaison’ with Shaun told me pretty much all I needed to know about him. Shaun himself later confirmed it by hawking US tax liens for the boys, as the review which sparked the vacuous ‘legal threats’ disclosed. The Geekversity hyperbole was the topic of considerable enlightening discussion on PropertyTalk long before the NZPG egg was cracked.

I was a humble part of that PT discussion (blush) even stumbling across a link describing the awful denouement when that mangy Geekversity carcass of a so-called business was finally put out of its misery (following mass refund demands – remind you of anything?) at a loss of AUD $5.5million.

No, Jen, I really don’t see I’m in ‘exactly the same industry’. Nor anything like it.
(My eyes actually ARE green, but not in the way you mean.)

Unhappy customers
As the old saying goes, you can’t please everybody.
Yes, at times various businesses I’ve been involved in have refunded customers who expressed dissatisfaction. That’s a good policy, I think, and in my case, rare indeed. As LV Martin used to say: ‘It’s the putting right that counts.’

The mass Twa.lk or Sni.pr customer revolts (or ‘refund movement’ our Indonesian commenter called it here) that the Stenning gang seems to attract are very unusual events, in my opinion.
Even more so Facebook groups, multiple critical blogs and lawyers threatening class actions or writing to customers offering to take action as happened this year in the Geekversity case.

Lawyer prospecting for business getting refunds from geekversity. Must be worth it!

Most businesses (including mine) don’t make hyperbolic promises like ‘quick and easy cash-flow machine’, and ‘retire this year’ … they know that chickens come home to roost.

Regards, and thanks for dropping by — Peter

PS as for ‘publishing crap’, Jen, have you see this?: Review: An odious little volume

UPDATE: Just after I posted this, I noticed this follow-up comment from Jen came in while I was writing it:

Gee, a bit of a hair-trigger, Jen. Give me a chance!

… reminded me of Steve Goodey asking for input then ignoring mine:

That’s not how I try to play it at thePaepae.com, Jen. I’ve actually stopped some comments alleging ‘criminal’ actions by Shaun Stenning from appearing, but generally, this site goes pretty much uncensored except for spam, valueless self-promotion, and downright nasty stuff aimed at people (even if they deserve it, sometimes).
+
UPDATE 2: Oops, it turns out ‘Jennifer’ supplied a dodgy email address. Sockpuppet? Yeah probably. Makes you wonder: Maybe ‘she’ is equally bogus? (Or maybe it’s just an honest mistake or misunderstanding?)