Potshots from behind a mask of anonymity are, by definition, cheap

I wholeheartedly agree with the court decision to order Google to identify the blogger who [allegedly] defamed this NY model. 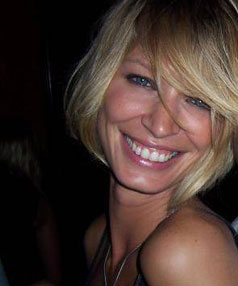 WINNER: Liskula Cohen has forced Google to release the name of a blogger who allegedly defamed her. (Image SMH)

Model Liskula Cohen sued Google in January in the hope of forcing the company to reveal the person responsible for allegedly defamatory comments on a blog called Skanks in NYC, which was hosted by Google’s Blogger service.

‘I would have to say the first-place award for ‘Skankiest in NYC’ would have to go to Liskula Gentile Cohen,’ the anonymous blogger wrote.

‘How old is this skank? 40 something? She’s a psychotic, lying, whoring, still going to clubs at her age, skank.’

Cohen, who is actually 37, believed the posts were defamatory but was forced to take action against Google in order to unmask the blogger’s identity before she could take further action.

On Monday in the US, Judge Joan Madden ruled that Cohen was entitled to sue the blogger for defamation and, in an unprecedented move, forced Google to provide the blogger’s name. The name will presumably be revealed in court. It is unclear when the matter will return to court.

The tall, blonde Canadian, who is based in New York, has modelled for Giorgio Armani and Versace and appeared on the cover of the Australian edition of Vogue. But Cohen’s modelling career ground to a halt in January 2007 when a man stabbed her in the face with a broken glass, requiring her to get 46 stitches, the New York Post reported. The man, who was sent to jail, became angry after she objected to him stealing a bottle of vodka from her table.

Judge Madden rejected the claims by the blogger’s lawyer that the comments were mere opinion or ‘trash talk’, and that only factual assertions could be considered libellous.

‘The thrust of the blog is that the petitioner is a sexually promiscuous woman,’ Judge Madden wrote in her judgment, noting that the comments were run alongside photos of Cohen in suggestive poses.

The blog, which was shut down in March, was almost entirely devoted to slagging off Cohen. It contained just five entries, all of which were published on August 21 last year.

‘I really hope it’s not somebody I know,’ Cohen told the New York Post. ‘I’m a human being. I bleed. I have feelings. When I saw that blog, it was awful. All I can say for this person is, I really truly hope that they have more in their life than this.’

Cohen’s lawyer, Steven Wagner, told reporters that he hoped the decision would send a message that the internet was ‘not a free-for-all’.

Anne Salisbury, the lawyer for the blogger, warned that the ruling would open the ‘floodgates’ for anyone who has been the subject of a nasty comment online to take legal action.

A Google spokeswoman said: ‘We sympathise with anyone who may be the victim of cyber bullying. We also take great care to respect privacy concerns and will only provide information about a user in response to a subpoena or other court order.’

— from the Sydney Morning Herald END —

For MY part, I’m all for well-written, well-expressed (even strident!) comments, news and discussion, debate and ego-pricking — and all of that CAN be done anonymously. I’m clear about that.

I just think that using the ‘mask’ of a psuedonymn — judging by results — by SOME POSTERS leads to the ‘attack the person not the argument’ approach and defamation and frequently descends into attempted cyber-bullying.

Wikipedia has been a victim of alter-egos and takes what it calls ‘sockpuppeting’ seriously. “Sockpuppeting – the use of multiple online identities to create the illusion of support for a point of view, person or organisation.” Tacky.

It seems to me, that at the very least it’s a kind of ‘corruption’, creating a phony ‘community reaction’. The US media talks about “astroturf” = fake grass roots reaction. Great phrase — cynical problem.