Warnings of militancy. Not just an ultra-right thaang. 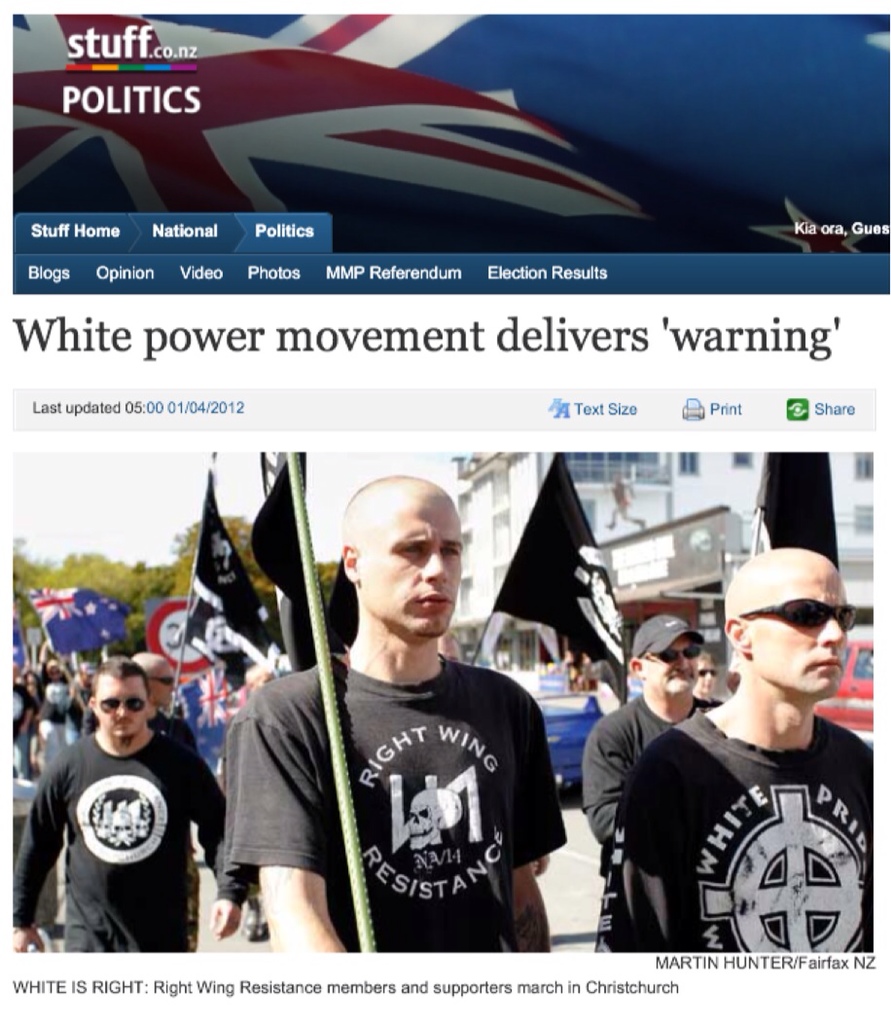 Yeah, I know these ‘White Pride’ types have been around for awhile, and will always be with us, but it still strikes me when I’m reminded about them, and sample their thinking … in today’s Sunday Star Times at the stuff.co.nz website…

Joining Right Wing Resistance on the streets were also stalwarts to the white nationalist movement – Blood and Honour, National Front, Southland Skinheads and Independent Skinheads.
“We have seen it in other countries,” said former Christchurch Central MP Brendon Burns. “Fanned in the right direction, with the right economic and social circumstances, it can take hold. Obviously Christchurch is going through its most difficult time yet.” …

That “fighting that politically-correct crap” complaint and justification for militancy isn’t just a neo-Nazi/skinhead thing — it’s echoed in right wing propaganda on a ‘milder’ end of the scale too. Look at firebrand Andrew Breitbart’s sad tale of persecution, misery and woe which he (rather gleefully, it seems to me) used as a basis for declaring “War!” on … well, on who exactly, really? The left wing liberal elite old media? The left? Who?

While emoting outrage about a homogenous ‘the left’ which [allegedly] uses ‘divide and conquer’ tactics and demeaning people, Andrew Breitbart seems to me to do exactly what he accuses them of. (Doesn’t he?) Then promises ‘War!’ with such a delighted twinkle in his eye. Take a look: (contains swearing)

Could Andrew Breitbart be said to be pugnacious for its own sake, perhaps? Maybe. See how he angrily abused protesters just a few weeks before he died of a heart attack. Who is demeaning whom?

I said earlier, as part of another conversation:

The term ‘politically correct’ comes in for a lot of stick and self-described ‘firebrands’ like Andrew Breitbart (or ‘haters’ some might call them) have tried to make ‘tolerance’ a bad thing. Screaming about ‘liberal media’ trying to ‘silence them’, they set out to destroy people’s lives by holding up the very same ‘politically correct’ banner and protesting others’ right to hold an opinion that doesn’t match theirs.

In the warm glow of debate I’ve seen right wingers chastising left wingers for uttering supposedly politically incorrect sentiments. I remember a conversation I was on the edge of with ACT’s Cathy Odgers and others where she objected to a comment about the colonial-era confiscation of Maori land (viz: ‘raping and pillaging land is historical fact’). Cathy countered with ‘depends entirely on ur perspective doesn’t it? And U can’t “rape” land. Demeans the word rape…’
Sigh.
Isn’t that ‘demeans the word rape’ a precious example of PC? I think so. Or it could just be a smokescreen to duck behind when the argument isn’t going your way. I’ve observed the same sensitivity pops up, in Cathy’s case, with mentions of suicide and depression (and rightly so).

My point is: it ain’t just left wingers who reach for the ‘You can’t say that!’ button of political correctness, despite the claims of cultural strangulation by ‘PC’.

PS: Andrew Breitbart doesn’t need my assistance to publicize his hate-filled rants against whatever it was that he perceived as “the left”. From the self-serving hogwash like this:

“We didn’t declare war on the Left. They declared war on us.”

This type of psycho-babble is pure nonsense. It is frequently trotted out by haters to justify all sorts of nasty aggression against those in their ‘out-groups’. 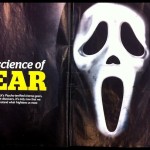 Fear can play tricks on our minds … and justify hate.

It’s as I discussed when we looked at the science of fear: political operators can – and do – use their hallucinations about how ‘corrupt’ their opponents are imagined to be to justify their own oh-so-real corrupt actions and tactics.

I don’t mean to harp on about Richard Nixon, but he’s a good example of someone creating an ‘enemies list’ then doing despicable things to people on that list …. because they were on the list.