New media – it’s not about being impartial

There’s a sad, kid-with-his-nose-pressed-up-against-the-glass yearning in much of the whiny ‘commentary’ about how social media has ‘attacked’ mainstream media, and how MSM ‘hates’ or doesn’t ‘get’ social media. Bloggers from Cameron Slater to Martyn Bradbury agree on the sad state of MSM compared to … er, … their blogs. 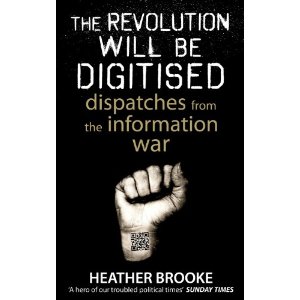 A lot of it is, as I see it, just a Generation gap style adolescent longing to be regarded as significant and different. People who see themselves as a ‘new generation’ of media pine and hanker to be acknowledged for their talent, (in some cases) hard work and dedication to their social media spinning jenny, and express frustration at a lack of doors swiftly opening for them.

As part of discussion on such matters over at Cameron Slater’s WhaleOil blog, I mentioned

I know plenty of bloggers who itch and yearn to be part of the MSM. Gawd, Martyn Bradbury even apparently advocates forced retirement of baby boomers in his latest frustrated effort to get them out of senior media jobs so dipwits like him can pleeeeeeeeeeeeesse get a proper job/enter the palace. (Groan.)

Blogs, Facebook, Twitter whatever’s next are simply part of the ever-expanding, ever-adaptive MEDIA — in the widest sense.

But like an individuating teenager, some with ‘I’m a blogger not a journalist’ intrinsically wound into their self-image seem to try to make themselves as repellant as possible to show they’re not their parents. (This ‘defining yourself by non-membership of other groups’ schtick is as old as the hills.)

Strategies include spraying about bilious slander, abuse and untruths — possessed by the seemingly ardent belief that these are ‘opinions’ and they’re entitled to free expression on the internet without accountability.

They seek to be untrammeled by laws and conventions concerning silly, fussy things like defamation, privacy and name suppression legislation … or, indeed, by the ‘journalistic’ (hoik!) standards of fact-checking, accuracy and truthfulness that apply to broadcasters and publishers. (Oh yeah, we’re bad! We’re mavericks! We’re rebels. Roar! … Puh-lease.)

In my experience, a moderating voice pointing to ‘old’ media values that might be useful is accused of ‘not getting it’. Blogs are different to journalism, the ‘teenager’ snivels, dodging the issues while name-calling their critics or characterising them as stupid.

Witness now the large number of stories that the MSM picks up off Twitter or blogs.

So what does that prove? Not much. Witness instead the ongoing large number of blog posts that reactively refer or quote from MSM articles and broadcast programmes. Virtually every post on his website, on mine, and on many others. Parasitic, I call it. Own it.

In comments like Cam’s “The MSM hated blogs, and in New Zealand they have tried to slag blog gers off…” I detect the bitter taste of rejection laced with a hint of inferiority. According to the ‘I’m a blogger not a journalist’ psyche, the MSM is ‘wrong’ whatever it does … whether ignoring social media or embracing it … simply because they’re not you. It reminds me of Mark Twain’s wisdom.

An unpleasant, reactive ‘us and them’ partisanship permeates a lot of the so-called commentary about media e.g. Cam’s fact-free assertion that the Press Gallery is bound by some cosy set of rules to prevent them criticising parliamentarians. That might sound good in a blog post but it’s pure fantasy. (I worked there, so I feel I can comment. Does that make me ‘pompous’? Who cares?) Now, seriously, is bias and ‘provider capture’ present in the media? Do ‘access’ issues concern or constrain some journalists? Yeah, sure, sometimes. But it’s not a monolithic conspiracy — ‘old’ versus ‘new’ media.

Absorbing the ‘revolution’ — honey, it’s what we do

The media, like language, is adept at incorporating new expressions of media (outliers, if you like) into the ‘broad church’. The best and most insightful writers in the blogosphere will, I predict, find an audience in MSM. As writers always have. Ideas are powerful and attract the audience they deserve, eventually. No free lunches.

The MSM will welcome or include passionate expression by ‘reasonable’ people … as I discussed in David Farrar showing WhaleOil how it’s done … but concerns about audience reaction to those whose personas are written off as monochrome, sometimes deceptive (sorry, Cam) militant attack dogs may see them have to wait a bit longer.

I quoted this, from Voice of San Diego, which journalism/media critic Jay Rosen describes as ‘one of the best born-on-the-web news sites to have emerged in the last few years’.

There is no such thing as objectivity.
• There is such a thing as fairness.
• But everyone sees everything through their own filter. Acknowledge that, let it liberate you. Let it regulate you.
• We are not guided by political identification, by ideology or dogma. But every decision we make, from what to cover to how to cover it, is made through our own subjective judgments.
• We are guided by an ability to be transparent and independent, to clearly assess what’s going on in our community and have the courage to plainly state the truth. …
Tell the truth.
• This means not being mealy mouthed and not being bias-bullied.
• Stand up to bias bullies. Tell them why you did something. Let them challenge you on it.
• If someone calls you biased, don’t be scared. Don’t dismiss it either. Reflect on it and answer with conviction.
• Don’t go quote-hunting for something you know to be true and can say yourself. Don’t hide your opinion in the last quote of a story.
• Take a stand when you know something to be true or wrong.