Be careful what you believe

I had a coffee with Cameron Slater this morning. I like to interact face to face with people whom I criticize — it’s far better to engage, in my opinion, than to reach for pistols at dawn dueling online personas.

We discussed some of our recent disagreements (most recently noted in Cameron Slater’s defective moral calculus) in good humour and Cam helped me understand that his belief in a whacky (my word) conspiracy theory about ‘The Left’ manipulating ‘the media’ is sincerely held. Who woulda thunk it?

I scoffed into my flat white and told him so, but later it reminded me of an article I read in BBC Focus magazine about how a self-reinforcing belief and fear can make you ill … 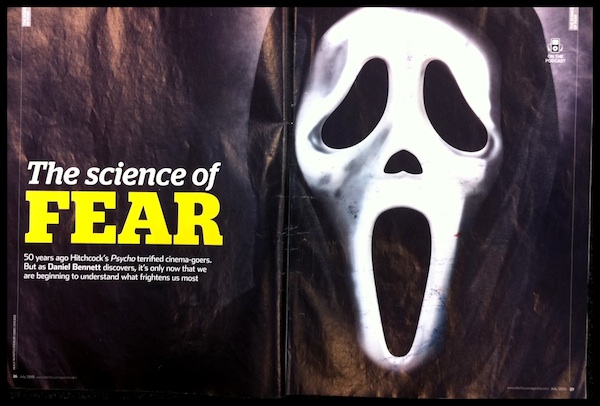 In 1998 at a high school in Tennessee, a teacher complained of a pungent “gasoline-like” smell in her classroom. Soon after, she fell ill, reporting symptoms such as nausea, shortness of breath, dizziness and a headache. Almost immediately several students in her class started to experience similar symptoms and, before long, the rest of the school was stricken.
The building was evacuated as Fire fighters, ambulances and police arrived on the scene to tend to the sick. That evening the local emergency room admitted 80 students and 19 staff members; 38 were hospitalised overnight.
But what was the mysterious toxic gas that sparked the outbreak? Several extensive investigations by Government agencies found nothing. Blood tests showed no signs of any harmful compounds. Instead, according to Timothy Jones a local epidemiologist, the fear of being poisoned had spread, fuelling the symptoms experienced by everyone inside.
A report in the New England Journal of Medicine attributed the outbreak to a phenomenon known as ‘mass psychogenic illness’, which occurs when the fear of infection spreads just as virulently as the disease itself. The students and staff had decided that, based on the behaviour of those around them, there was a real threat they needed to be afraid of.
The ‘outbreak’ in Tennessee demonstrates that people can be scared – to the point of sickness – without there actually being any real threat present.
from ‘The Science of FEAR’ by Daniel Bennett — BBC Focus magazine, July 2010.

So, seeing that in context, and observing again the vehemence with which Cam appears to hold those views (although he says he’s ‘having fun’) I’m struck by what I see as a troubling upward spiral of personal animosity. The shouts of ‘Scumbag!’ directed at PM John Key after he (in very bad taste) apparently tried to blame Labour for a protester trying to jump from the public gallery(?) are just the latest example and seem to me to reveal a deep mutual loathing.

This visceral, reflexive escalation of hostility, in my opinion, can only hurt politics in this country.

It doesn’t matter who ‘started it’. We really don’t want or need the intense partisanship of US politics where Congressional and Senate ‘co-operation’ is characterized by some Southern white extremists — the Tea Party —as ‘treason’. But it looks like we’re heading there.

I don’t have an answer. I’m sorry if you read this thinking I might have. I’m just sharing my observations of the battlefield, less than 50 days away from the General Election.

It’s going to get even more fraught.