« The business of selling words
Of bloggers, dogs and fleas. The Ports of Auckland’s ‘ethical and legal breaches’ »

Weaponising the web? Or just trolling? 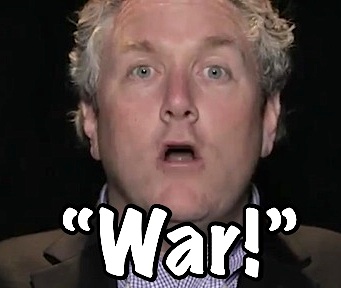 Andrew Breitbart — defining himself by who he opposed, then taking it too far. It's a risk.

Brietbart, perhaps more than anyone besides Matt Drudge, seems to me to have understood the practical weaponising of information-misinformation-disinformation-propaganda (call it what you will) using the internet.

“Mr. Breitbart, as much as anyone, turned the Web into an assault rifle…”

Also, as we discussed in ‘Poisonous Andrew Breitbart – the attack was everything, the details nothing‘ Breitbart (to me) appeared to subscribe to the idea that those on the right wing in US politics are constantly being ground under the heel of a widespread conspiracy by a monolithic mainstream left wing media made up of liberal elites activated and inspired by contempt and loathing for ‘traditional’ values and constitutional rights & freedoms — such treasonous media stooges actively and corruptly demonising the patriotic Tea Party and suppressing and robbing the heroic right wing of their voice.

“If Twitter ever killed anyone, it was Andrew,” said [Matt] Labash of The Weekly Standard. “Andrew was a magnet for hatred, and he used Twitter for a full frontal assault, a tool of combat,”

Friends and colleagues described Mr. Breitbart as both jester and provocateur, one who enjoyed soy lattes (a family friend sprinkled coffee grounds from Starbucks onto his grave) almost as much as waging war on what he saw as Democratic hypocrisy.

“Andrew was a kind of human pinball, always doing something while doing something else, but he never took himself all that seriously,” said Greg Gutfeld, the host of “Red Eye” on Fox News, who frequently booked Mr. Breitbart as a guest. “He was the least serious, serious person I ever met.”

A student of the tactics of the leftist organizer Saul Alinsky (if not his politics), Mr. Breitbart played defense by giving offense, subscribing to Alinsky’s theorem that “the real action is in the enemy’s reaction.” He wielded a network of conservative sources, including a number of members of Congress, four of whom spoke at his Washington memorial, to sow mayhem opportunistically.

As is often the case, there is no more ferocious advocate than a convert.

“He rejected the culture that produced him, and once that process began, it could not be reversed,” said Tucker Carlson, the founder of the Daily Caller, a conservative Web site. “My strong sense was that he loved the performance aspect, the drama of it all, and lived for those moments of provocation.”

Watching him, I never knew how serious he was. Impassioned, sure, but that’s an easy act to put on. It’s ‘performance’, to quote Carlson. Political animals act aggrieved all the time. Marshalling resentment, fuelling the embers of outrage — these are old political ploys.

But did he actually mean some of the things he said? Was he really so offended by how he imagined the ‘liberal elite media’ regarded people who lived in middle America? Did anyone on ‘the left’, really, tell him to shut up in a way that people on ‘the right’ don’t? Hello?

I came to see Breitbart as a professional liar, distorting facts to make them sharper arrows, calling for ‘War!’ against ‘the media’ … and hatefully shouting down and intimidating others.

His world was less about discourse between opposing ideologies — thesis, antithesis, synthesis … 0r finding a centre way — and more about lurid mud wrestling. 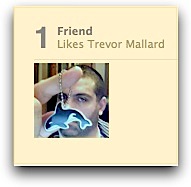 Matt Labash’s comment about using “Twitter for a full frontal assault, a tool of combat” put me in mind of other low-rent Perez Hiltons of mock-outrage, who troll & stalk through Twitter and Facebook slobbering bile on those they imagine are their enemies but whom they follow as ‘friends’ (see right) like Captain Ahab cursing his whale.

Social media is a playground, complete with childish bully-boys, cliques and snotty dribblers. It’s striking how some people revert to type, and how often those who dish out criticism, just can’t take it.