« Not THAT kind of PC
Perfect Symmetry, Episode 8 »

Why am I doing this? Muckraking? 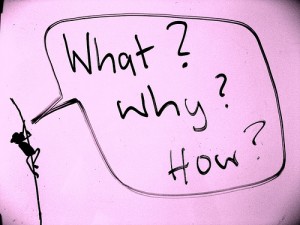 “an utterly useless waste of a person’s time”

But her comment, of course, fits into Jonathan Swift’s self-aware description of satire …

Satire is a sort of glass, wherein beholders do generally discover everybody’s face but their own, which is the chief reason for that kind of reception it meets in the world, and that so very few are offended with it.

… in other words, we don’t think that put-down applies to us, to our blog or website, or writing etc

Why am I doing such an eccentric thing as writing? Is it just undigested neurosis? Why spend all day in a room, in the company of a bunch of people who don’t really exist? What good does it do the world? Isn’t it unhealthy? Why waste the paper?
Every writer has such thoughts from time to time, and to know that others have had them too is reassuring: I am not the only one who had viewed the page with loathing.

What do we achieve with our writing? Anything? Nothing? Mere entertainment?
Comforting the afflicted? Afflicting the comfortable? Hellfire and damnation?

It’s good to ask ourselves such questions now and then, I think.

At times thePaepae.com seems (even to me) to be a platform for exposing, cataloguing, criticising, mocking, even vilifying certain types of people and operations. That’s not all thePaepae.com is, but it’s part of it. That’s undeniable.

I was discussing with my friend Graeme recently that I don’t see the term ‘Muckraker’, when it’s occasionally tossed at me, as A Bad Thing …

While he may never have used the term himself, the origin of the term “muckraker” is attributed to [US] President Theodore Roosevelt, who, during a speech delivered on April 14, 1906, drew on a character from John Bunyan’s 1678 classic, ‘Pilgrim’s Progress’, saying:

“… you may recall the description of the Man with the Muck-rake, the man who could look no way but downward with the muck-rake in his hands; Who was offered a celestial crown for his muck-rake, but who would neither look up nor regard the crown he was offered, but continued to rake to himself the filth of the floor.”

While cautioning about possible pitfalls of keeping one’s attention ever trained downward, “on the muck,” Roosevelt emphasized the social benefit of investigative muckraking reporting, saying:

There are, in the body politic, economic and social, many and grave evils, and there is urgent necessity for the sternest war upon them. There should be relentless exposure of and attack upon every evil man whether politician or business man, every evil practice, whether in politics, in business, or in social life. I hail as a benefactor every writer or speaker, every man who, on the platform, or in book, magazine, or newspaper, with merciless severity makes such attack, provided always that he in his turn remembers that the attack is of use only if it is absolutely truthful.

The term eventually came to be used in reference to investigative journalists who reported about and exposed issues such as crime, fraud, waste, public health and safety, graft, illegal financial practices — when found within America and, by association, foreign interests, for example, as partners and co-conspirators. A muckraker’s reporting may span businesses and government generally, especially where such have elements of both involved in the same report. — Wikipedia

When I consider the impact of people (some of them my heroes) like John Pilger, Seymour Hersh, Noam Chomsky, early Ralph Nadar, Woodward & Bernstein and other ‘muckraking’ journalists, I am inspired. I’m also greatly encouraged by the impact of other whistle-blowers like Hunter S. Thompson, Michael Moore and lately Jon Stewart and the gutsy unconventionalists like Julian Assange.

The value of writing for ourselves: Writing to work out what I think

I have been taught (and I believe today) that what we sometimes call our ‘intuition‘ is the sum total of our experiences. That includes ‘non-verbal’ knowledge or ‘I-haven’t-quite-made-the-connection’-type links between different forces and facets of a situation or an issue. People are complicated. Sometimes our conclusions can be unspoken, nascent — subterranean, buried in our consciousness.

With luck (and a protracted endeavour to ‘express a thought’) I can find my way into or through complex matters through reflection and consideration, some of that through written exploration. It can be an effort, it can take time. But as John F Kennedy said:

Too often… we enjoy the comfort of opinion without the discomfort of thought.

I am one of those who do like to process things mentally. (‘That’s just how I roll.’ {snort})

I try to always be aware that we are each emotional beings (children, really, eh?) I’d be the first to admit we cannot gain access to our deeper selves, our souls, through purely mental means … but it can help.

Meditation and reflection, and discussion, thinking-out-loud, and writing one’s thoughts can uncover conclusions, decisions and truths — truths our reactive minds, unexpressed, just could not get to.

So, that’s why I do this. For the journey of discovery.