Close your eyes and listen to what John Palino said

Maybe it’s my background in radio journalism, or the fact that I have what educators call an ‘auditory learning style’ (or maybe these are the same thing?) but sometimes I find the pictures on TV distracting, or obscuring of the heart of a matter.

Yes I know, of course, there are times when the body language of an interviewee — their unspoken but very real communication — tells the story.

I watched Campbell LIVE’s intrepid Rebecca Wright doorstep Auckland mayoral candidate John Palino (video here if you haven’t seen it) and, sure, it was awkward. 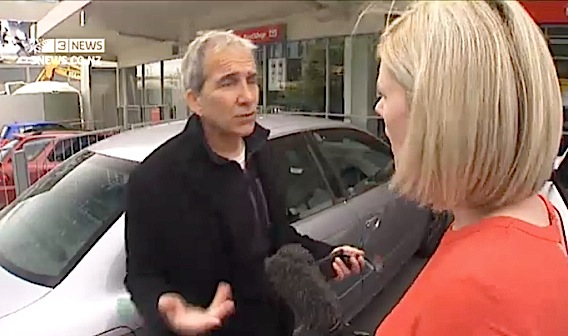 But LISTEN to the conversation/confrontation (pick one) below, and see what you think …

For the record, Mr Palino’s hope that he could just drop a media statement from Melbourne and fade from view was, in my view, hopelessly unrealistic. (‘Please read my statement’ doesn’t really wash, does it?)

With allegations of sleaze circling the failed Palino-for-Mayor campaign; the campaign’s links to Len Brown’s sworn enemies; the [apparently] extraordinary involvement of his campaign worker Luigi Wewege (beyond the call of duty); and Mr Palino’s own 90-minute late-night meeting in a Mission Bay carpark(!) with the woman at the centre of it all (another Palino campaign volunteer, it seems) just before the story ‘broke’ on the Vendettas-R-Us hate-blog … well, sorry, the ‘dirty politics, sleazy right-wing plot’ angle probably isn’t going away any time soon.

See also: Orchestrating smear campaigns against your rivals is seen as dodgy in business, so what about politics?