So, in keeping with my general policy of confronting and directly answering criticism, here’s a response…

OK, that’s actually what I said (sorry to quote myself) but it seems Paul Henry subscribes to the same philosophy. 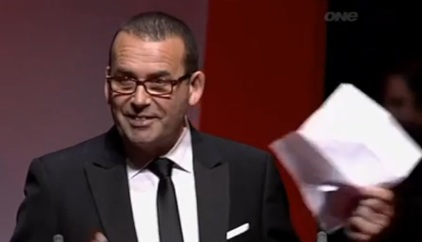 Henry’s acceptance speech at the Qantas Awards is worth watching (video below the fold) because his delivery is almost flawless.

And good on him for reading that ‘fan letter’ out. That’s much better than stewing on it, or being wounded by it.
As someone who’s had my fair share of anonymous sock-puppet abuse and castigation (and some not anonymous) well, as I said, good on Henry, even if I’m not always a fan myself.

Nice work at what must have been a sweet moment for him.