The new breed of journalist-commentator 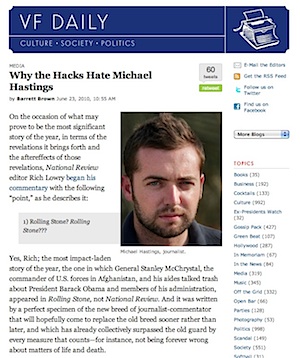 it was written by a perfect specimen of the new breed of journalist-commentator that will hopefully come to replace the old breed sooner rather than later, and which has already collectively surpassed the old guard by every measure that counts—for instance, not being forever wrong about matters of life and death.

Leaving aside the implausible adolescent-esque cavil about the ‘surpassed’ older generation ‘being forever wrong’, I know people who howl with outrage a the ‘mix’ of news/commentary exhibited by news professionals like Bernard Hickey et al. Get used to it, I guess.

After all: Why try to pretend you don’t have an opinion that is (a) relevant and (b) maybe actually reasonably well-informed, given the attention you pay to an area of interest on an ongoing basis? Why affect a ‘neutrality’ or fake ‘balance’ when it ain’t true? You have a view? Spit it out!

Anyway, the Vanity Fair article Why the Hacks Hate Michael Hastings is well worth a read. 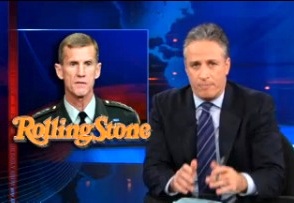 “The times, they are a-changing …”

Here’s Jon Stewart’s The Daily Show typically excellent take on the topic (video below the fold):