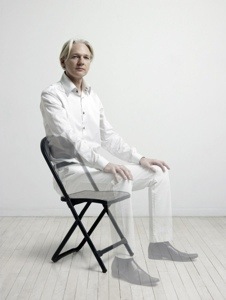 In this insightful, articulate article, Jemima Khan addresses some of the issues and events surrounding Wikileaks and Julian Assange … and echoes one of my perennial themes: tribalism and how it blunts understanding.

On the subject of Assange, pundits on both the left and the right have become more interested in tribalism than truth. The attacks on him by his many critics in the press have been virulent and highly personal. Both sides are guilty of creating political caricatures and extinguishing any possibility of ambivalence. “On the other handism” doesn’t make great copy, but in this particular debate everyone is too polarised. The kind of person who spends his life committed to this type of work, wedded to a laptop, undercover, always on the move, with no security, stability or income, is bound to be a bit different. I have seen flashes of Assange’s charm, brilliance and insightfulness – but I have also seen how instantaneous rock-star status has the power to make even the most clear-headed idealist feel that they are above the law and exempt from criticism.

Read Jemima Khan on Julian Assange: how the Wikileaks founder alienated his allies at The New Statesman.

WikiLeaks is a rare truth-teller. Smearing Julian Assange is shameful

Khan refers to a “long list” of Assange’s “alienated and disaffected allies”. Almost none was ever an ally. What is striking about most of these “allies” and Assange’s haters is that they exhibit the very symptoms of arrested development they attribute to a man whose resilience and good humour under extreme pressure are evident to those he trusts.

Worth reading. Pilger points to the repeated smear of Assange as “paranoid” — which was an early theme I picked up long ago, too, I recall. See Paranoid (?) but a whistleblower