The thoughts I’ve recently shared in these pages about the operations of certain very smooth salesmen have sparked a reaction of sorts. Oh dear. As might be expected, there are indications of some outrage and hurt feelings in the spruiker’s camp … and questions being asked, notably: 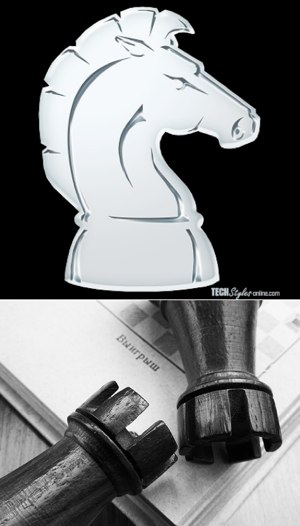 Ouch! What the hell?

What can we do to get Peter to SHUT UP?

Smearing me by innuendo and implication doesn’t really cut the mustard. You need some FACTS.

In a recent self-promotional blog, Dean Letfus took another mealy-mouthed swipe at me (well, maybe me, maybe not, but that’s how I read it). He reprises his sleazy implications that I’m (a) just a nasty hypocrite who is (b) spreading (unspecified, of course) lies about him. Sigh.

His latest attacks on me — by innuendo, not directly — also imply that he has ‘information’ that has “come into my hands about our industry and the supposed white knights in it” (moi?) that he could ‘expose‘ to ‘retaliate‘ … viz:

I have recently had a number of clients again asking me why I am not “defending myself” when people spread lies about me and also why I do not expose the things I know about these people and retaliate. [Comment: See what I mean?]

And the answer is simply because it is my job to build relationships and focus on those things that improve my clients and friends lives and it is God’s job to provide justice, which I can trust Him to do.

In fact it is funny when I think of the information that comes into my hands about our industry and the supposed white knights in it [Comment: See? ‘white knight’. I’m not making it up] but what would it benefit anybody to expose them?
Answer = NO!

I would be dragging myself down to a baser level and losing my own integrity and values.

OK, for the sake of discussion, let’s ASSUME he’s referring to me as one of the “supposed white knights”. (I’ll leave aside his unlikely claim that he and I are in the same ‘industry’ for another time. Yik.)

Assuming I’m the target, what “information” could Dean Letfus possibly have ‘in his hands’ to ‘expose’ about me, I wonder?

I don’t know. I’d love to know. Funny story: Dean Letfus telephoned me one day during my copyright infringement lawsuit with his former employers/heroes Richmastery to warn me, among other things, that RM boss Phil Jones was likely to have hired a private detective to follow me ‘looking for dirt’. I laughed like a drain. ‘Well good luck to him’, I said. ‘He’s in for a boring time.’
There just ain’t that much interesting ‘information’ about me. Sorry.

So what ‘information’ could Dean be huffing and puffing and threatening to ‘expose’?

My first thought was I bet it’s the same stuff his excitable accomplice/business partner spewed up on PropertyTalk earlier this year during a hissy fit accusing me of being a ‘character assassin of the prime order’ and supposedly orchestrating a derisive smear campaign and “disrespecting” [sic] him. I wrote about that here: Scoundrels and A tale of woe … or fevered imagination? the second post which contained this deathless prose from my accuser:

” … some of the smear campaigns in here [PropertyTalk] have been very clever and well crafted smear smear [sic] campaigns (that deride others) while seeming to be in public interest.”

Mixed in with the hurt feelings, loathing and empty valium packets in the spruikers’ camp are some very firm convictions that I (Peter) am a terrible hypocrite, that I am ‘just the same’ as them, and that I have no right to criticise them from my ‘high horse’. They seem aggrieved and ‘annoyed’ by me. That’s what Steve Goodey said.

‘Don Smith’ to the rescue!

Despite Dean Letfus’s public avowal to refrain from ‘retaliation’ (because “I would be dragging myself down to a baser level and losing my own integrity and values”) by a funny coincidence a poster called ‘Don Smith’ has popped up with amazing tales.

‘Don’ sings Dean’s praises as a decent, honest joker and (purely by coincidence, as I said) smears me and Rob Stock, the Sunday Star Times journalist whose exposé/article: Property guru does U-turn (on snake oil) embarrassed ‘Don’ – no, hang on, sorry – embarrassed Dean.

Read them [unedited] and see what you think:

I’ve always admired the fact that people like Dean and others don’t lower themselves to responding to this sad behaviour.

One small point though, it would be more correct to call Peter Aranyi a hate publisher not a real estate publisher. He has written only a few books but now has scores, maybe hundreds of inaccurate hate filled posts about his competitors.
Posted 8-30-2010

I think more importantly Riccardo is the fact that Dean made it prefectly [sic] clear at the time that he opposed liens purely because Phil Jones was involved. I rung Dean and pulled out of the course on his advice, purely because he said if Pj is involved you will be paying too much somewhere.
I also rung him when Robs [sic] article appeared to discover Rob had rung and asked him to speak off the record and Dean had said to Rob, “I’m not the one to ask, talk to Goodey.”. [sic]
So Rob’s article was unauthorised, dishonest and misquoted.
I thought it took real courage for Dean to not pursue legal remedy, I sure as hell lwould [sic] have.

Not that Arianyi [sic] would care abou [sic] that, w*nker.
When I have some time I’ll tell you about Arianyis [sic] two faced stance on plagiarism, talk about pot and kettle.
Posted 8-31-2010

Hmm. The allegation against Rob Stock’s professionalism (‘off the record’) is vapid. And two points: (1) Legal remedy? For quoting him? Riiight. And ‘unauthorised’?? (2) Dean Letfus, in print, on PropertyTalk, called US tax liens ‘snake oil complete with white shoes and wagons’ not ‘snake oil only because Phil Jones is involved’. Come on.

But wait, there’s more from er, ‘Don’… whose comments seem to appear without any technical difficulties. Lucky.

So for the height of hypocrisy how about this.
Arianyi [sic] tried to sue Richmastery for stealing content from his book right.

So on Arianyis [sic] recent/last book he used content from another major NZ author. He asked if he could use it and the author said he would have get the publishers permission. 2 weeks later the book was on the shelves and no permission had been sought. So he had printed the books before even asking then publicly promoted the books without the authors [sic] permission. The Publishers couldn’t be bothered pursuing the plagiarism as they figured he wouldn’t sell enough copies to bother 🙂
So much for Mister High and Mighty.
Posted 9-1-2010

Gee. Or maybe the Publishers ‘couldn’t be bothered pursuing the plagiarism’ because um, there wasn’t any? That would be a simpler explanation. After all, permission isn’t required for fully-attributed references to another author’s work for the purposes of review and criticism (we’ve discussed this before) under the ‘Fair dealing’ provisions of the 1994 Copyright Act. Maybe that’s the explanation, er, ‘Don’? Hardly a smoking gun. (A similar fanciful tale was promulgated by the Richmastery supremo as a last wail of anguish over being held to account for their comprehensive and admitted plagiarism.)

Whoever ‘Don Smith’ is, it’s good to know that he talks with Dean Letfus on a regular basis — and that Dean can share such ‘information’ and, I hope, talk about his feelings, unburden himself of the terrible toll of being persecuted so unfairly.

It’s also good that ‘Don Smith’ can speak up in Dean’s defence — so Dean doesn’t have to ‘drag myself down to a baser level and lose my own integrity and values’. Bleurgh! Yup, ‘Don’ can rail against the scurrilous treatment he (Dean, not ‘Don’) faces at the hands of [allegedly] crooked, deceitful journalists and hypocritical publishers who [allegedly] ‘spread lies’ about Dean. Er, NOT!

Oh boy, ‘Don Smith’. If there’s more ‘information’ like this, I can’t wait.