« The future?
The worst stuff isn’t even in there? »

A denial and a clarification … well, not really

Just as well some people have such a GREAT sense of humour! 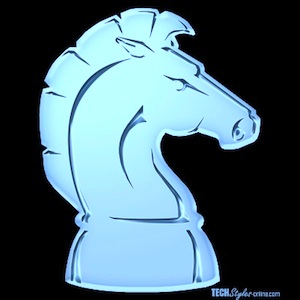 It all relates to my ‘A little backlash?‘ post here on www.thePaepae.com … where I suggested a possible interpretation of some innuendo-laden bloggings by property spruiker Dean Letfus about holding back dirt on a ‘white knight’ was that they referred to me. [Or maybe it doesn’t.]

Yup, it’s not absolutely clear, but a statement today by Dean Letfus seems to indicate (maybe, if I read it right) that there’s another side to this whole thing.

Apparently I wasn’t even on Dean’s mind when he wrote that bizzo in his blog about ‘supposed white knights’ in ‘the industry’ ‘spreading lies’ about him and how he was holding back ‘information’ which had ‘come into my hands’ which he could ‘expose’ to ‘retaliate’ … nope. Not me.

Seems he was talking about a DIFFERENT white knight that he has ‘information’ on that he could expose to retaliate. (Well, if you recall, I did say I couldn’t think what possible ‘dirt’ he could have on boring ol’ me, didn’t I?)

… a friend sent me an article someone had written assuming I had alluded to them disparagingly in one of my blogs. It was so hilarious that they thought I would even bother, like I would waste a blog on someone I have nothing to do with or think about, and the conclusions they drew and accusations made were so funny my office were telling me to shut up.

That’s nice of his ‘friend’ to ‘send’ it to him. (Maybe it was ‘Don Smith’?) For a laugh I guess: ‘It was so hilarious…’ he says. Maybe those two share the same sense of humour too? Mates.

Methinks: Why wouldn’t Dean just admit he reads this blog? Steve Goodey says he reads thePaepae.com. Steve must read every post to have made that comment about ‘every second or third’ one [allegedly] ‘bashing, smearing and smiting’ his business partner. (He’s reading them and counting them, I guess.)

I got a polite note about a comment from Shaun Stenning’s brother Matt this morning. I didn’t know he was reader. Nice. The NZ Property Gurus CEO Stephen Martin has subscribed to The Paepae’s Facebook page — cheers Stephen. And Michael Yardley followed on Twitter for a little while. So I’m dripping with gurus.

Heck, I’m not too proud to say it … I read what Dean Letfus writes sometimes — and not just when ‘friends’ ‘send’ it to me. I find it kind of fascinating/appalling. As you will have observed, I even QUOTE him directly here from time to time.

His 7,000+(!) posts on PropertyTalk sure make an impression — and that’s not counting when he posts by proxy e.g ‘Slapper’. I’m not sure if ‘Don Smith’ has a log-in. (Meanwhile, I’m heading towards 650 posts at PT, but quite a few of mine disappeared with the threads removed under threats of legal threats from Dean and his mates: Perriam Cove, Sponge Bay, Bye bye Dean Letfus …)

Dean, if a ‘friend’ sends you this one, let me say reading your stuff can be very amusing too …

Thinking about this for a bit longer … suddenly I’m not sure about your ‘hilarious’ comment above — about someone ‘assuming’ you were disparaging them when you wouldn’t even ‘waste a blog’ on them — who is THAT comment about?

Me? Hmpf! I thought it might be, but now, given your denial, it’s hard to say. Maybe it is or maybe it isn’t. (Crumbs. How can I ever be sure?)

And what can I say about this amateur psycho-analysis cleverly combined with literary criticism? (Is that so you only have to wash one pot?):

Paranoid thinking typically includes persecutory beliefs concerning a perceived threat towards oneself and this article had it in bucket loads.

Oh bish! Which article has it in bucket loads, Dean? That article? YOUR article? Mine? Steve’s?

Gee, it gets tricky when people don’t write clearly. At least with Steve Goodey I know who he’s talking about — even if he does call me Mr Aryani [sic]. (Hey Steve, my reply to you is still not showing…?)

Oh, Dean: Good luck with that whole not “dragging myself down to a baser level and losing my own integrity and values” thing, eh? – P