« … actionable copyright infringement?
What is it about TVNZ Breakfast? »

More than one way to screw your own online reputation

Like many others I’m following ‘personal development guru’ James Arthur Ray’s manslaughter trial in Arizona, and one of the best ways to do that is reading The Salty Droid’s very colourful and determined coverage.

I was pleasantly surprised to see that a local (i.e. New Zealand) blogger whom I have met online, corresponded with and exchanged discussion with and who [very] occasionally comments here on ThePaepae.com Lissie Sowerbutts was mentioned in despatches by the fake robot. Cool! 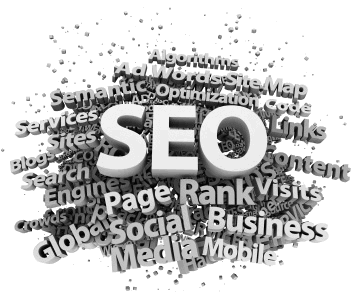 It relates to our discussions about online reputation and someone taking a small ‘negative’ and though sheer force of personality (I’m being polite, see?) frothing it into a far bigger one. In this case, self-professed SEO ‘expert’ Mr Copyblogger Brian Clark.

I spent an entertaining half hour reading the comment stream on Lisse’s blog (you should too!) … observing the fallout for Mr Copyblogger Brian Clark who overreacted responded somewhat imprudently, in my view, to Lissie’s not-exactly-100%-favourable review of one of his, um, products called Scribe SEO.

I’m not qualified to enter discussion about the technical merits or otherwise of this Scribe SEO (Search Engine Optimization) product/service but what struck me (and a number of commenters before me, evidently) was Brian Clark’s over the top, spit-the-dummy, attempt to denigrate his critic and immediately issue threats of the ‘I’ll sue you for defamation!’ ilk … instead of answering the criticism.

It’s dumb to do what Brian Clark did — but I have seen that approach taken by spruikers before. Like Shaun Stenning and Dean Letfus.

Read Copyblogger Brian Clark’s mulitple-post brainfart and the follow-up responses in all their painful glory here at Lissie’s website.

What can we learn? Well, it just goes to show (as if we needed more proof!) that sometimes one can do even more damage as yourself online than you can do as a sockpuppet. I know it can be tempting (even irresistible) to want to whack back at a critic. We’ve discussed that before.

But it’s much, much better, if you can, to keep any argument or disagreement to what the argument is actually about — which is almost never the character or motives of the person criticising you or raising ‘inconvenient’ facts about your track record, past actions or marketing statements.

Thanks to Brian Clark for underlining that point so well.
-P

PS: I do like this, from Copyblogger sidekick Sonia Simone: The 7 Deadly Sins of Blogging… I just wonder where the breadcrumbs are leading.

Update: Oops, was Sonia’s post ‘inspired’ by this?: The Seven Deadly Sins of Company Blogging