Silence and the abandonment of moral leadership 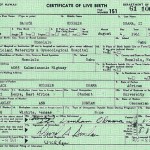 America's first black President has to prove more fully that he was American-born than any other President. Why?

Wow.  Following President Obama’s decision to publicly release the long form of his birth certificate to address Republican crazies, conspiracy theorists and cynical opportunists (or all three like Donald Trump) I read a brief essay by Clarence B Jones which, like others since, squarely placed the hallucinatory ‘controversy’ in racist territory … and also echoed one of my own themes: The urgent need to courageously speak out and not remain collusively silent. (Of course it’s a challenge.)

A factually non-issue was permitted become a national issue, not because of Donald Trump and the media. No, this was the ultimate result, of the silence and tacit acquiescence of white political, religious, and community leaders, especially leaders of faith-based organizations, who sat, said and did nothing to counter this insidious new form of 21st-century racism. The silence and abnegation of moral leadership, by persons whom we should have otherwise expected to publicly to challenge this growing “birther” issue, is a stain on the conscience of our nation.

Obama’s decision to release his “official” birth certificate in an effort to silence the challenge to the legitimacy of his American citizenship reminded me of the words of Rabbi Prinz on that occasion. He said:

When I was the rabbi of the Jewish community in Berlin under the Hitler regime, I learned many things. The most important thing that I learned under those tragic circumstances was that bigotry and hatred are not the most urgent problem. The most urgent, the most disgraceful, the most shameful and the most tragic problem is silence.

Is the “need” of Barack Hussein Obama, the 44th president of the United States, to “prove” his citizenship, yet again, another example of what some people called the dawn of a “post-racial America” following his election?

White political leaders, especially in the Republican Party, should hang their heads in shame. Wednesday, April 27, 2011, should be remembered as day of moral ignominy in America. It was a day that symbolized the disgraceful and tragic silence of the “good” people among our political and community leaders who did nothing to publicly challenge the irrationality of Donald Trump and others who peddled their racist garbage of President Obama’s non-citizenship.

That’s haunting: Not bigotry and hatred, but ‘The most urgent, the most disgraceful, the most shameful and the most tragic problem is silence.’ — Rabbi Joachim Prinz, 1963

To those of my friends and others who are ‘keeping their heads down’, ‘staying out of it’ or, in some cases, kidding themselves that the particular liar they are working with is ‘not so bad’ — ‘the best of a bad bunch’(?) — or, in their own way, ‘an honest person’, I say (kindly): Get real.

‘All that is necessary for the triumph of evil is that good men do nothing.‘ — Edmund Burke