« George W Bush: plagiarist?
Mow-tee-vay-shuns – ‘It gets a ratings spike’ »

We used to joke, when I was journo in the Parliamentary Press Gallery, about the Christchurch Press‘s supposed slogan:

All the news that is news. Eventually. 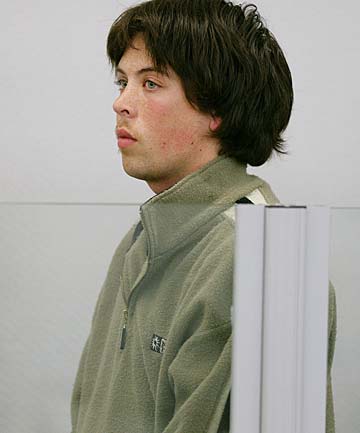 In that same vein, late but newsworthy, it occurs to me to comment on the case of the jilted boyfriend who posted a picture of his ex-girlfriend naked on Facebook … dumb, dumb, dumb.

A jilted lover has made legal history by being jailed for posting a photograph of his ex-girlfriend naked for millions of Facebook users to see.

After 12 hours, police and Facebook authorities shut down the woman’s account but not before it was available to all 500 million active users of the social network.

Joshua Simon Ashby, 20, held a piece of paper over his face yesterday in an attempt to prevent The Dominion Post photographing him as he was being sentenced.

Judge Andrew Becroft, in Wellington District Court, allowed Ashby’s photo to be taken, saying “there was a certain symmetry to it”, then stepped in to tell Ashby not to hide his face.

Ashby posted the photo in an “irresponsible drunken jealous rage” after the breakup of their five-month relationship, the judge said.

It is believed to be the first time someone has been sentenced for a crime committed using social media under the seldom-used morality and decency section of the Crimes Act.
— Dominion Post

Of course this has made headlines around the world as social media/Facebook (non) privacy continues to be a whipping boy.

Funny about the judge making sure his photo got on the internet. Ironic, huh? I felt a twinge of sympathy for Joshua Ashby, but Andrew Becroft is a reasonable man, and if he thought it was a good idea, well, OK.

What would have happened to him in France or Italy? Probably nuthin’. Crime of passion?