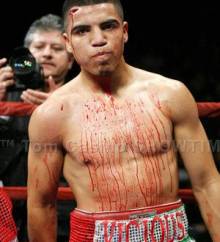 I mentioned blogger Cameron Slater peripherally in my post yesterday about what I see as the dubious anti-MMP marketing operation (for which he is clearly acting as a conduit and echo chamber).

I don’t think Cam liked my comparing his blog to a free-flowing bowel or characterising his republishing the anti-MMP slanted attack ads as ‘moist ordure’ being expressed through his ‘partisan cyberspace sphincter.’

At least I think that’s what I should read into his comments today:

There are some out there who think that as a blog­ger I should be fair and rea­son­able, a jour­nal­ist in fact. That is gay. I am not fair, I may be rea­son­able (some of the time) but I will always be par­ti­san. And so writ­ing limp-wristed panty-waist, whing­ing blog posts filled with faux shock that I take a par­tic­u­lar line and run it hard is frankly gay too.  I am par­ti­san and I’m proud of it. …

One could certainly read my comments about his partisanship as criticism, even disparagement, but ‘faux shock’? Neh. I don’t get that. He’s not that novel.

It may seem strange, but I actually think Cam deserves a bigger audience. (Not as a journalist though, of course not.) I for one appreciate the flashes of insider knowledge and the historical & political perspective he shares at times. He’s ‘connected’ to the National Party and politics is in his blood. That can be valuable. He’s also sufficiently thick-skinned that he can be an asset in a debate … when he can be arsed to marshal an argument. And, as I’ve said before, good on him for engaging.

If Cam ever asked me for advice on how to achieve more recognition or ‘cut through’ with the mainstream media, I would tell him just what I said in the post.

Or, instead, stick with what you’re doing, if you’re satisfied with those results.

Related: When ‘gurus’ attack — HOW you do it is important