« Feedback from Cameron Slater: ‘gay’
Getting to be a habit » 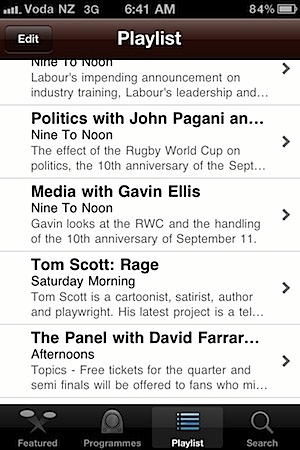 In the context of my conversation with Cameron Slater (via our blogs) — where we discussed my suggestion that Cam would perhaps be taken more seriously and find more mainstream media opportunities if he dialed back his personal abuse and rabidly-expressed partisanship — I found David and Scott’s reasonably-expressed views of the Rugby World Cup transport and crowd management balls-up refreshing.

Cameron’s on-going, near continuous campaign of irrational personlized denigration of left-wing figures including Auckland Mayor Len Brown (e.g. “Apart from Len Brown’s appalling deliv­ery of trans­port solu­tions every­thing else went off like clockwork. How­ever it wasn’t just Len Brown that was a dis­grace last night.” … etc) may well be what his largely anonymous WhaleOil ‘army’ expects of him.

But listen to how Cam’s fellow right-winger (and Svengali?) David Farrar offers a far more measured, insightful and palatable analysis, even though he’s in discussion with a ‘left-winger’, Scott Yorke …

Listen to a 3 minute extract here:

or link to MP3 file for non-Flash browsers (like moi)

Or the full first session of the panel discussion at Radio NZ’s site. (MP3)

You’ll probably guess that I’m in agreement with David Farrar’s views as expressed in that clip (why echo it otherwise, huh?) But my point is not so much about Len Brown-Murray McCully, the transport ‘fiasco’ and blame-shifting  … but more about the manner and tone Farrar uses to put his point of view. Vitriol free. Good on him.

Perhaps Cameron Slater might describe this approach as ‘limp-wristed’ or ‘gay‘, etc, but the way I see it, a reasoned, fair-minded discussion is easier to listen to, and more effective communication than tone-deaf, one-speed-only, reflexive attack blogging. Being ‘fair’ builds a reputation for credibility … and is far more likely to open mainstream media doors.  (Which was my point in the footnote here.)