Regular readers of thePaepae.com (and my occasional posts at the PropertyTalk forum) will, I hope, have absorbed my views regarding participation in internet discussions, viz: I believe in speaking in my own name.

From my observation, in many cases it seems the anonymity of some commenters on the web seems to encourage them to make extraordinarily reckless statements and wild allegations. They also display a discourtesy and outspokenness that it seems to me they would never use face-to-face, nor if they were identifiable as the authors of their statements.

I have had plenty of examples of ‘stuff’ aimed at me by wounded or enraged sock-puppets over the years. Some of it is just criticism, so fair enough. Some is vitriol.
I stand by what I write. Not everyone does.

That’s not a bad thought, from the acerbic writer who also offered:
“Writing well is the best revenge.” 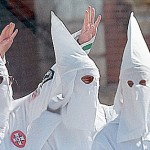 Something about anonymity releases social restraint. Why else would the KKK use hoods? I’ve posted before — here and here for example — my view that cheap shots are often fired from behind a mask of anonymity.

That said, there are times when a comment needs to be made or information disseminated where if the identity of the whistle-blower was known it could cause problems for them — retribution, threats etc. I understand that.

My own ‘visibility’ and identifiability has led to some repercussions for me personally including angry, threatening phone calls, smears etc. Nothing compared to the ugly campaigns against Neil Jenman. We’ve discussed before: If there wasn’t a risk, it wouldn’t take guts to speak out. It does. 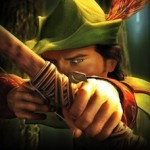 So I don’t demand the same openness of participation here at thePaepae.com — not by any stretch. Indeed a regular contributor here has explained his own experience of a conflict and subsequent vendetta which had an online element to it (the tale of ‘Robin Hood‘). I accept that. His experience is a lesson about the ‘security’ of personal information on the web.

Therefore, I can sometimes see good reasons for anonymous comment in certain circumstances, although I don’t indulge in it myself.

Impersonating someone else crosses the line

Let me say this as clearly as possible: I despise impersonation — people posting in someone else’s name. I’m not talking about the mere use of an internet ‘handle’ or nom de plume, but actually pretending to BE someone else. I see it as false pretences of the lowest order; it’s lying, in my opinion.

Lately people have been attempting to post comments on thePaepae.com (and also sending me email) related to the discussions about the Asian Twa.lk ‘refund movement’ affecting the Shaun and Matt Stenning/Dean Letfus quick-and-easy-riches-through-the-internet roadshow. Some of them appear to me to be claiming to be people other than who they are. 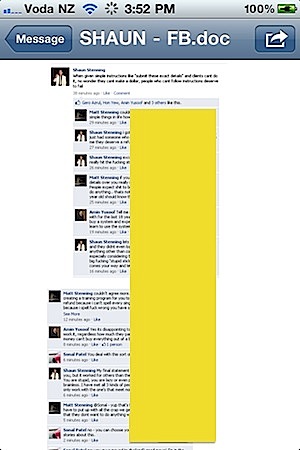 What appears to be a Facebook conversation between Dollar Rose-Twa.lk-Sni.pr principals Shaun Stenning and Matt Stenning and others reveals an apparent low regard for some Asian Twa.lk customers and the merits of refund claims.

This morning I received two emails with screenshots of a brusque online discussion about the Twalk refund movement and the merits of the disappointed Twalk clients’ complaints. The discussion appears to be between Dollar Rose-Twa.lk-Sni.pr principals Shaun Stenning and Matt Stenning and others, and appears to have taken place on Shaun’s Facebook page recently.

As it turns out, someone else had already sent that material to me, and yeah, sure, it’s revealing stuff, shocking in some ways. I haven’t decided what to do with it yet — see my misgivings about how the Herald on Sunday treated ‘non-public’ information appearing on someone’s Facebook page in Facebook leaks like a sieve (part 2).

But — and this is significant — this morning’s emails purported to be from someone involved personally with Shaun Stenning, someone whom I won’t name (initials: LP).

I say bullshit. I don’t believe that claim, and more, besides being untrue, I regard it as intentionally mischievous. It offends me.

It’s one thing to send information to me anonymously — quite another to pose as someone you are not. Why would I — why would anyone — trust information sent by someone whose basis for opening communication is so untrustworthy? They’d be foolish to do so.

Look, I try to be very clear about this: I do NOT claim to be a saint or a boy scout. Personally, I recognise I have a taste for irony and satire — I also think the truth sometimes needs to be expressed with bite, with an edge. I’m somewhat opinionated, yes, and I certainly DO JUDGE people’s actions and the veracity of their marketing statements, their claims and their promises. I can also express myself pretty harshly when I sniff duplicity. I try to be fair, but am I some kind of ‘moral sheriff’? No, of course not. God no. (Give me a break!)

Even so, there are some things I do not do, and some which I flat out condemn. (‘Do not stoop to strategies like this.’ — Leonard Cohen) Pretending to be somebody else, another real person … or to be a FAKE like the goblins who’ve tried to smear me in response to my comments here on thePaepae.com, is a step too far. (So is pretending to be your own ‘satisfied customer’ to defend your business from criticism, but let’s discuss that another time.)

Whoever you are, I want to encourage you to communicate truthfully — whether anonymously or not. Leave the deceitful impersonations OUT. Thanks.

—
On a related topic, someone claiming to be Shaun Stenning posted several comments on thePaepae.com recently, including some accusing me of being unfair to him because I won’t ‘write a positive article’ about him (umm, … ?!?!?) The person claiming to be Shaun Stenning also disparaged another commenter as being “such a primitive when it comes to legal consequences” and said they “can’t wait to see you at the tribunal”.

Out of concern that these may not be genuine messages from him, I emailed Shaun Stenning yesterday morning, just a few hours after the comments were posted, to ask for confirmation (see my message below) … 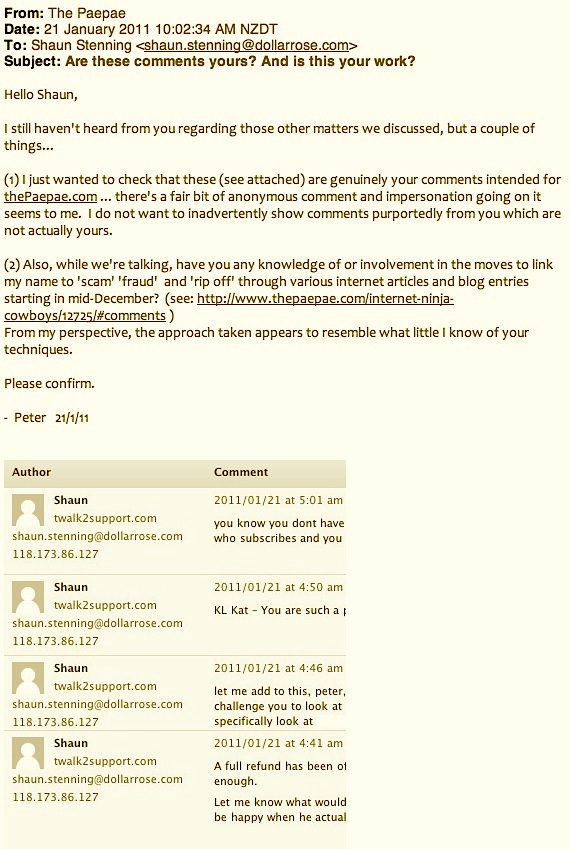 Shaun Stenning: Please confirm or deny. That seems like a straight question.

It’s now after 8.00 pm the next day … no response from Shaun Stenning yet. Makes you wonder, eh?