I rate broadcaster Keith Olbermann highly, especially his eloquence and his passion and his willingness to face, call out and go after hypocrisy. 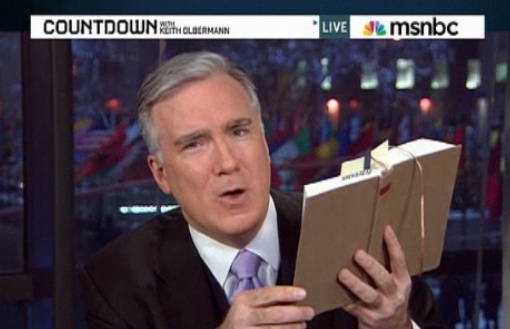 From the New York Times

12:05 a.m. | Keith Olbermann, the highest-rated host on MSNBC, announced abruptly on the air Friday night that he was leaving his show, “Countdown,” immediately.

The host, who has had a stormy relationship with the management of the network for some time, especially since he was suspended for two days last November, came to an agreement with NBC’s corporate management late this week to settle his contract and step down. …