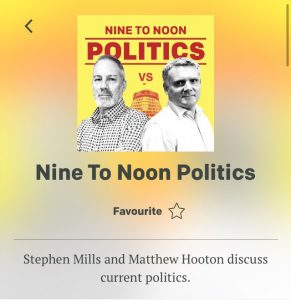 Like part of the furniture, Matthew Hooton is a fixture on Radio NZ.

I’ve discussed Matthew Hooton a few times here at The Paepae. My views of his ‘service’ to political commentary in New Zealand have hardened lately.

I find Matthew a personally very engaging, even charming man. There can be few smoother and more persuasive spin doctors in the slippery ‘opinion-shaping’ game in New Zealand – especially when he is trying to recruit one to act as a proxy.

There’s a type, the PR agency types that go into ‘government relations’. They’re all good at greasing up people. I met a bunch when I worked in the press gallery. Matthew is the equal of any of them.

I have been struck at, for instance, Radio NZ’s codependent embrace of Hooton (which shrieks ‘Who will I be if you leave me?’). But there’s also his frequent, near-ubiquious presence on cosy commentary couches such as those on TV current affairs shows only political tragics like me watch. But at another level, having myself briefly basked in the warm glow of one of his charm offensives, I can understand it. He makes people feel like they’re ‘savvy’ – and he is available … don’t underestimate the value of that noble attribute to a hard-pressed producer of a current affairs programme. (I know that from my days producing Paul Holmes.)

Matthew does slip up at times — see Govt’s mischievous pet monkey flings own dung at zookeeper. (Matthew Hooton disgraces himself. Again.) and Frankly, I can’t see how ‘bomber’ Matthew Hooton can survive as a political commentator [UPDATED] and Matthew Hooton regrets (cough) using ‘that particular word’. Of course he does.

In what can no longer be seen as just a testament to the ‘thinness’ of political commentary in New Zealand, the right wing Energizer® bunny just keeps going, and going and going. For some reason, despite the (obvious?) conflicts of interest, and Hooton’s openly declared political allegiances and voting intentions (see below) he’s still in demand. 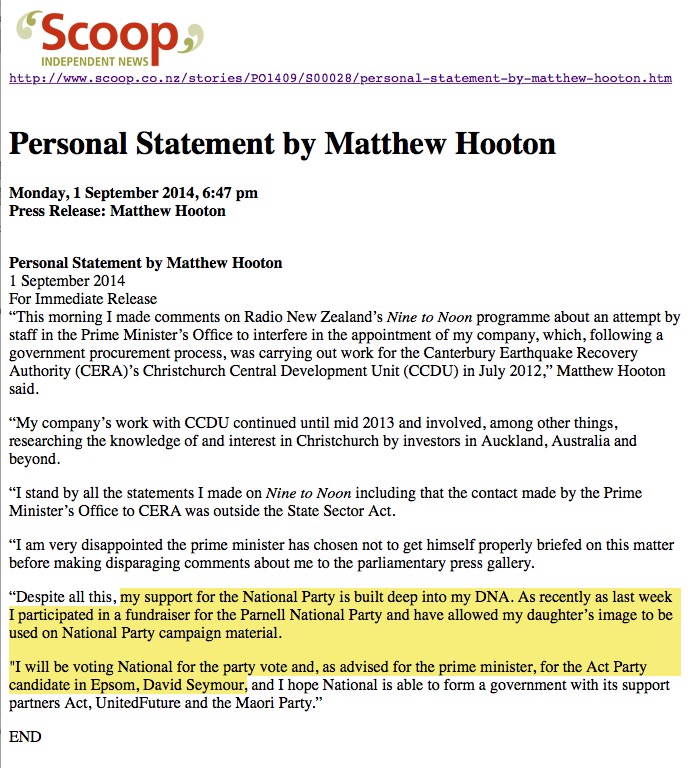 Worth knowing, but Matthew Hooton is generally described as a ‘from the right’ or ‘right-leaning’ commentator. (click to read at scoop)

But just 8 months earlier, Hooton was said to be in the running to be the National Party support party ACT’s leader. Let that sink in. 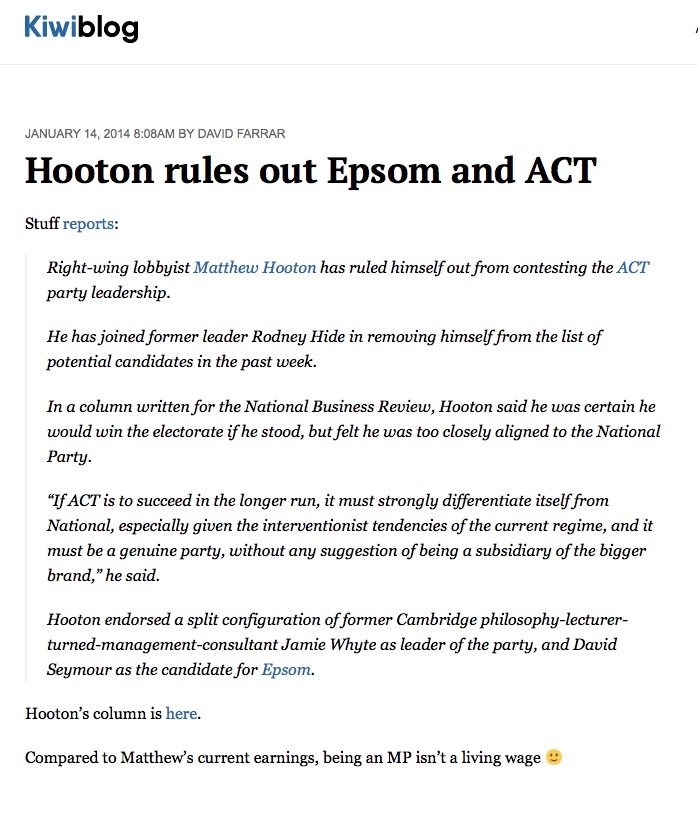 These things are worth remembering when considering Matthew Hooton’s role as a ‘political commentator’ in the media. 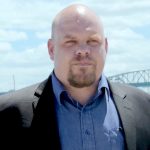 “Ben Thomas joined Exceltium after six years in government as the press secretary to the Attorney-General and Minister for Treaty of Waitangi Negotiations, Hon. Christopher Finlayson QC.” (pic: Exceltium)

Sitting on a political punditry panel on TV3’s The Nation, Ben told host Lisa Owen in the most minimizing terms imaginable, that he is “doing a little bit of work for the ACT Party” leading up to the election.

For some vague, Sinclairian?* reason, that same token ‘disclosure’ on The Spinoff’s political commentary podcast ‘Gone by Lunchtime’ seemed to (at least in the producer’s eyes) ameliorate any conflict of interest in Ben’s punditry – so long as he doesn’t talk about the ACT Party.  This is, of course, a ridiculous fig-leaf of an argument – and leaves Ben free to smear, demean and attack ACT’s political opponents on the cosy commentariat couches … when Matthew’s not available to do it.

To his credit, The Spinoff’s political editor and Ben’s podcast buddy Toby Manhire, when pressed by Guy Williams, agreed it was ‘imperfect’ to use PR/opinion professionals like Ben Thomas as pundits. But here we are, still using them, eh Toby?

Giovanni Tiso made a good point on Twitter recently: that PR professionals like Hooton and his apprentice have quite different incentives and drivers (I’m paraphrasing) for making themselves available as (cough) pundits than do other, ‘normal’ partisan commentators. I agree with him. The murky question, ‘Who is Matthew Hooton working for when he says that?’ is ever-present. That might seem unfair, but it’s true. The guy seems super slippery to me on this stuff. He’ll see it quite differently, I’m sure.

Hooton’s PR spin machine business also employs, coincidentally, the ACT Party candidate who is number three on their list in this election.

None of this seems relevant to mention by certain sloppy, (or otherwise compromised?) media entities who offer Hooton and his apprentice platforms to attack the National Party’s and ACT’s political opponents.

As if they were just ‘commentators’.**

* “It is difficult to get a man to understand something, when his salary depends on his not understanding it.” – Upton Sinclair

“Right-leaning polticial commentator” – Isn’t he actually campaigning for the right? Or his business is? Or his staff? Jeez, Isaac. Do better.

UPDATE: Looks like Isaac’s byline was removed from that transcription story after I hassled asked him about it on Twitter. Maybe it was there in error.