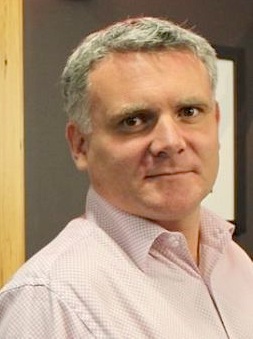 Intense. When spin doctor Matthew Hooton stays calm, all is well. But when he gets wound up … meh, not so much. (pic: Radio NZ)

I didn’t get to hear it until late last night as I’ve been busy. But when I did, once again I genuinely worried for his state of mind. And I wondered what the producers of Kathryn Ryan’s show can be thinking about this recidivist, and his increasingly rambunctious ‘performances’.

I’ve observed before, here and elsewhere, that such is Matthew’s apparent deep-seated bitterness towards investigative journalist and author Nicky Hager, that he (Matthew) seems prone to completely lose his shit … equilibrium.

Yesterday, on the public radio ‘political commentary’ slot to which the severely-compromised (in my view) right wing propagandist continues to be invited to appear, Matthew once again made evident his contorted world view and pursued his spittle-flecked personal vendetta against Hager. He cheerfully smeared NSA whistleblower Edward Snowden, criticised the news judgement of any news media reporting Snowden’s revelations about illegal spying and surveillance, ran defence for this country’s own craven and compromising spying activities at the behest of the US, and even stooped to reds-under-the-bed garbage.

You can listen to the whole Nine to Noon ‘Politics’ segment here at the Radio NZ website, but here’s a 3 minute clip of Matthew Hooton losing his rag, shouting over everyone else – and overall being quite the unpleasant dick. Listen to host Kathryn Ryan groan and sigh as (once again) she’s subjected to Hooton’s belligerence and disrespect. If I was her producer, he’d be shown the door for this bullshit. Simple.

What’s wrong with reporting the news?, Kathryn Ryan asks.
“Well it needs to be positioned correctly!” Hooton cries. What a professional.