The amazing restorative powers of Snake Oil, oops, US tax liens – and a canine love story?

It led to an undignified outcome for another small person who made a big fuss about ‘taking legal action‘ to protect a ‘damaged’ reputation. It seems to me this excitable man actually made things worse for himself — often the case — and perhaps even revealed himself as a rudderless mercenary. Certainly the situation raises doubt in my mind. 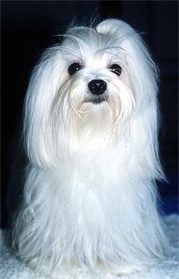 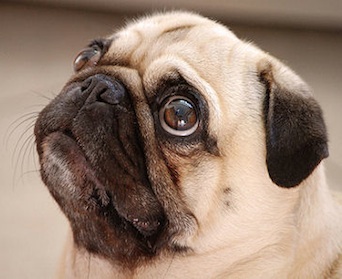 Like many really bitter disputes, it involved two parties who’d worked closely together — in this case, business partners who apparently fell out as the output of their money machine dwindled.

In my view, another factor was the strange behaviour of one of them who, talented salesman as he was, seemed to regularly spin out of control under pressure — much of it his own making. And although these two looked different, in many ways (it seemed to me at least) they were like brothers under the skin. Neither trusted the other.

Following their disagreement and fall-out privately (apparently over the promotion of US tax liens, of all things!), a strident series of public announcements was published — by both of them about each other — on various discussion forums and blogs, and circulated in e-mail by themselves, their acolytes and tireless promoters.

Yes, it was unseemly. But I don’t mind admitting it was kinda entertaining too. (Do you know what I mean?)

After a while, though, I have to confess, the slanging match did make me wonder how on earth these two had worked together all those years. Maybe it was the unifying effect of making lots of money together, I guessed. (I’ve seen other people in business hold their nose, ‘lay back and think of England’.)

The rejected party, Maltese (an ill-tempered long-haired lapdog) initially seemed to be losing the PR war, and so he came out slugging. He publicly thundered that his dispute with his former partner Phug (a chubby little runt with pig dog ideas and a permanent drool) followed Maltese’s self-proclaimed ‘principled stand’ over an issue of professional ethics.

Oh, yes, Maltese told the world, HE had chosen to separate from Phug. But Phug promulgated a very different story of betrayal and back-stabbing leading to expulsion — which, I have say, actually sounded more plausible to me. (I don’t know.)

Maltese said Phug had ‘crossed the line’, and worse — was now blogging (!) and disseminating ‘disrespectful’ and false statements about Maltese and his kennel mates. Shame.

In the heat of the argument, even more derogatory public statements were issued by each party about the other’s ethics, professional competence, motivations and general character. Crikey!

Eventually, Maltese issued a stern announcement that he would pursue legal action to STOP Phug from continuing to make his ‘liable statements’. (A moment of unrelated comedy: One of Maltese’s fan-boys even described Maltese the lap dog as a “Pit Bull”, to general merriment and understandable derision.)

Next, Maltese proclaimed he had taken legal action to ‘injunct’ Phug.

Maltese breathlessly reported he had succeeded in getting a ‘court order’ which, he said, forced Phug to take down an offensive blog entry. Bizarrely, Maltese had earlier himself republished many of Phug’s allegedly ‘defamatory’ comments about their dispute from that very blog — posting them on a forum (yes, HIMSELF) … as part of his reputational defence! (Poor judgement, it seemed to me at the time.)

Right. Next stop: High Court, it appeared.
Maybe.
Er, no.

Now, I don’t know for sure, but I heard that a telling moment in the ‘dispute’ was when Phug announced he’d found a NEW professional to replace the services previously fulfilled by Maltese and his coterie. Oh. Ouch.

WHAT? Poor Maltese. If anyone knew the ‘value’ of being in cahoots with Phug, it was Maltese — after all, he had been in that position for years (and paid richly for the benefits). Now here was Phug passing that value on to one of Maltese’s competitors — another lucky canine: a wily poodle called Lucky Pierre.

What emerged next was perplexing. In a brief statement (or ‘understatement’?) issued in an obscure place (probably unexpectedly as far as Maltese was concerned) it slipped out that the litigation between Phug and Maltese had been ‘settled without payment by the [Phug] company‘. (Nothing confidential about the source, btw. It’s a public document.) Without payment?

Even more curious: it emerged that Maltese had [allegedly] re-joined Phug’s menagerie and roadshow! Yes, a little bit like the recent about-face by property spruiker Dean Letfus over US tax liens Maltese was back in the saddle.

Whatever differences the two dogs had were, apparently, resolved to the point where they’re ‘co-operating’ again! How sweet. (Spare a thought for the poodle.)

Having publicly and privately vowed and thundered about his ‘legal action’ and how he was going to sue Phug down to his underpants (‘We intend to pursue the matter to its fullest extent!) and after publicly and privately asking for information, support, advice and assistance (from ME, even! Gasp) to ‘take Phug down’ and ‘bankrupt him for kicks’ etc etc this outcome seemed, well, a little anti-climactic for Maltese the lap dog — to say the least.

Where was the public confidence-inspiring joint announcement that their ethical and professional issues and differences about selling US tax liens to Kiwi investors had been resolved? Invisible.

Somehow, they would have us believe, these unorthodox get-rich-quick ‘opportunities’ Phug was promoting — that earlier, according to Maltese, had ‘crossed the line’ and sparked public warnings and condemnation as ‘snake oil’ — are now hunky-dory, A-OK, all good, approved and squeaky-clean? Hmmm.

What happened to the eminently worthy sentiment: ‘Our reputation is not for sale‘? Did I miss something? From what I can see, (and I’m sure I don’t have ALL the facts) it’s an uninspiring situation. A public statement clarifying matters, surely, is called for in this situation.

For my own part, I certainly wouldn’t trust any of these dogs. (And they overtly wonder why they don’t have my respect!)

Imagine if I had assisted Maltese when he approached me to ‘help me take Phug down’ — only to have Maltese slip back between the sheets with Phug as quick as a bitch on heat.

After this most disillusioning flip-flop, I can only say: They deserve each other.

No actual dogs were hurt (emotionally or legally) in the posting of this blog. Facts are stated to the best of my knowledge and commentary is my honest opinion. Corrections or clarifications are always welcome by email. Comments are open.
– Best wishes, Peter Aranyi © 2010 All rights reserved.