Criticism or demonisation? Thoughts about The Standard’s treatment of the Paganis 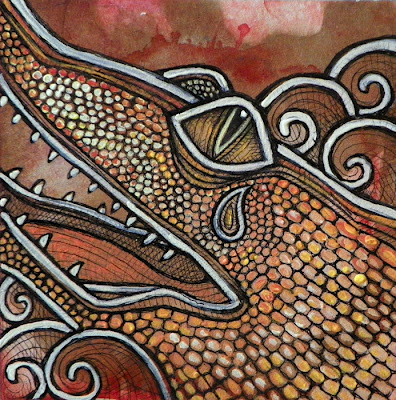 They’re just exploiting the evident divisions between some on ‘the left’. As they do. Making hay while the sun shines, they’re shedding transparent, convenient crocodile tears.

BUT … having now read more of the aggressive urine sprayed toward the Paganis on thestandard.org.nz over the past week, I do strongly object to what the site’s managers have allowed to become (effectively) a prolonged, one-sided campaign of denigration and abuse — much of it anonymous.

That this vituperation has been aimed at two individuals who’ve been deprived of a voice and right of reply on that platform — they’ve been banned from posting comments at the site apparently — seems to me to be ludicrously unfair.

I don’t know The Standard‘s main operator Lynn Prentice, nor Battlestar Galactica fan “Colonel Viper”. I haven’t had the chance to form an opinion about them. I do read the site now and then, not regularly, and find value there. I LOVED this description by one of the Moderators, RL:

Think of The Standard as a sort of neighbourhood pub, loud, noisy and sometimes a little heated; and for that reason it’s smart to leave an easily pricked ego or delicate sensitivity at the door. The bouncers are just here to ensure everyone has a safe time and goes home happy … one way or another…

… although the tone of its comment stream can become fraught and unwelcoming, as someone else noted:

We’re just as nasty as the right on our blogs, we’re just as stubborn and pig-headed, and we shouldn’t be. We should be BETTER because we ARE deep down.

I agree with some bloggers at The Standard about a few things.

I agree with those who condemn Cameron (whaleoil) Slater’s demonstrated actions creating real world negative consequences for people with whom he has had disagreements online. Sadly, THAT is what The Standard is effectively doing to John and Josie Pagani. Could it be a phenomenon I’ve referred to before: ‘Choose your enemies carefully because you will become like them’?

Let me explain. I’ve previously stated that in my view, contacting the employer of someone who’s differed with you online is ‘pretty despicable’. We have discussed my direct knowledge of Cameron’s use of that sleazy tactic in another context (I wouldn’t allege it otherwise). As well as that, there are documented examples: Cameron inciting his ‘army’ to bombard the employer of a commenter called ‘Axle’ whom Cameron identified after taking offence at (offensive) comments on his blog’s comment stream; his ‘outing’ of other contentious commenters like ‘DrCP’; and threats to expose the real identity of ‘Diabolos’.

Intimidation and threat seem to be at the heart of Cameron’s self-identity as a blogger and his slogan “NFWAB” which he recently ominously spelt out to Martin Devlin after a heated flare-up on Twitter. By threatening nasty consequences to those disagreeing with him, Cameron Slater, it pains me to say, at times acts like a nasty piece of work.

He is also, it seems to me, an untrustworthy witness (in that respect I share Duncan Garner’s opinion and others’) for today Cameron Slater blanketly denied engaging in such deplorable tactics. It was put to him by one of The Standard‘s bloggers ‘Micky Savage’ …

Cameron Slater accuses his accuser of "blatant lies" about his hounding and abusing commenters and contacting their employers. I find his denials implausible and unconvincing.

I don’t routinely refer to people’s religious beliefs. I have family, friends and tenants of all sorts of religious persuasions and take them as I find them. But for Cameron, who regularly publishes ‘Daily Proverbs’ espousing virtues of integrity and truth-telling (like this: “for I speak the truth and detest every kind of deception”) to publish such nakedly misleading statements is an indicator of something not right. Likewise, his preached ‘morality’ and condemnation of others, particularly Catholics, versus evidence of his own actions could raise questions. (Questions I won’t address. Every saint has a past, every sinner a future, as Wilde said.)

Further, Cameron’s malicious ‘weaponizing’ of Ports of Auckland employee private information was a low point for recent political debate. I wasn’t alone in seeing that as unethical. (I almost never make that allegation, BTW.)

Some would say he’s been matched by Paula Bennett’s dead obvious abuse of power in improperly releasing a beneficiary’s information as part of political debate. By coincidence, I saw Gerry Brownlee’s uninspiring and evasive responses on that topic when questioned by Green co-leader Russel Norman at Parliamentary Question Time on Thursday … and saw Norman’s unusually strong, much re-tweeted summary afterward:

This disgusting immoral Govt accesses and releases private files to attack people who disagree with it. #nzqt

Gee, that’s harsh! (But do you see the connection?)

So, back to The Standard: I have many times previously expressed my own conflicted support for anonymous commenters/whistle-blowers and their right to remain anonymous (see An ‘abiding distrust’ for anonymous speech) but, ultimately accountable for their statements, where required, if they cause harm. But such a privilege MUST bring with it some limitations. Libel is not part of the package.

Some of the recent rash of nasty, often pseudonymous or anonymous comments at The Standard, taken as a whole, appears aimed at denigrating the integrity, professionlism and character of Labour activist John Pagani and former Labour candidate and commentator, his wife Josie Pagani. (I don’t speak for my wife, and I’m sure the Paganis aren’t joined at the hip.)

Cumulatively, the vitriol and venom poured on them by some commenters recently crosses the line into character assassination and trying to inflict what I referred to above: creating real world negative consequences, affecting such things as reputation, employment and livelihood.

It is, some of it, in my view, disgusting and awful — in tone and volume resembling a gang of online thugs every bit as nasty as whaleoil’s one-eyed ‘army’ where one might expect it. A number of the commenters, it seems to me, seek to blame, kick at and dehumanize the Paganis … as a precursor to WHAT? I wonder. And I worry.

Ignoring it must be difficult for the Paganis, although that might be best as we have discussed.

I actually AGREE with John Pagani’s comment about David Farrar being a more effective influence because of the apparent ‘reasonableness of tone’ he deploys, compared to the strident and angry tones of others. I’ve noted that before: see David Farrar showing WhaleOil how it’s done and this comment.

At its best, politics is about the contest of ideas. For some bloggers and commenters at The Standard (and, ahem, elsewhere) to get in such a frenzy and attack people, NOT their ideas or actions, damages their own cause.

Is it even true?

Some of the ‘comment’ (cough) appears factually wanting — i.e. untrue, and implausibly seeks to mark John Pagani out as almost single-handedly responsible for Labour’s ills. It demeans the intelligence, character and gumption of successive Party leaders for whom he has worked, and some if it deploys unimaginative, knee-jerk and numbskull labels in place of analysis or argument.

John and Josie could, if they had a mind to, no doubt clarify their positions and answer, or debate (shock, horror!) some of the issues raised, but: (a) they’re banned, doh! and (b) honestly, why provoke more of the same childish nasty crap?

The RWNJ bloggers above must be laughing up their sleeves.

Zealotry in almost any area of endeavour is a receipe for intolerance and HATE (yes, a strong word, but that’s how I see it). As far as The Standard‘s managers/audience/participants are concerned, it seems to me that trying to cleave from Labour and stamping out a territory as ‘True Left’ through these foul means can only lead to bitter factionalism … and irrelevance.

The Standard and its contributors have much to offer, in my view. It’s not my role or desire to lecture far more experienced bloggers and online community facilitators than me about how to suck eggs. I raise these issues here because of my reaction to it. From what can I see of what’s happening, it strikes me as a destructive spiral. Enough is enough, to quote Bishop Brian Tamaki. (Just messin’ with ya!)

It’s human nature to fall prey to ‘us and them’ thinking — god knows, that’s a theme of this blog. It might feel somehow noble to anonymously cyber-whack the living daylights out of this couple as ‘chardonnay socialists’, class traitors and Blairites in the short term, but The Standard ITSELF owes them a duty of fairness . And decency, and maturity. The schoolboy-level vitriol tolerated and hosted at the site is garbage, more at home at other, somewhat blubbery venues. 🙂

These are just a few personal thoughts.

As always, I’m open to hearing your reaction, if any. Be warned, I want to know what you think, if you care to share, but I won’t offer a platform for more Pagani-bashing here.

Disclosure: I’m a former workmate of John Pagani (as previously disclosed). I like and respect him, whether or not we always see exactly eye-to-eye. I’m offended by the abuse that’s been thrown at him and Josie. Bleurgh.