« Satiric comment on Apple patents
Pink! I knew this would happen while Rob Fyfe was Air NZ’s CEO and an All Blacks sponsor. I just knew it. »

The D-word. Name-calling in place of intellectual debate 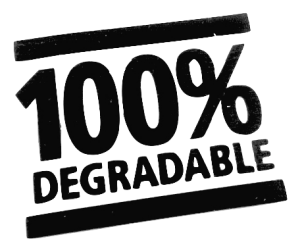 … While a viewer could certainly disagree with D’Souza’s analysis of the genesis and emergence of Obama’s views, it is nevertheless an analysis to which one could respond in the usual spirit of intellectual debate by saying things like “you’ve left something out” or “you draw your conclusion too quickly.” But as the movie picks up polemical speed, philosophy, political theory and psychology are left behind and replaced by name-calling, and by a name-calling that brings D’Souza close to positions he rejects.

For instance, he rejects birtherism, the contention that Obama was born in Kenya and is hence not an American citizen; but he replaces it with a back-door, or metaphorical, birtherism when he characterizes Obama as an alien being, as a fifth-column party of one who has pretended to be an American, and technically is one, but really is something else.
The argument founders on the fallacy of assuming that the adjective “American” has a fixed meaning with which everyone, or everyone who is right-thinking and patriotic, agrees. But the meaning of America is continually contested in essays, books, backyard conversations, talk shows and, most of all, in elections. It is often said, and it is true, that the opposing parties in an election have “different visions for America.” There are many ways of describing the alternative visions offered to us in a year like this; but describing one of them as un-American and its proponent as a foreign intruder is not to further discussion but to foreclose it and to replace the contest of ideas with the rhetoric of demonization.

I see the same approach in certain other right wingers’ statements of hatred and contempt towards trade unionists and others they perceive as their class enemies. Teachers, the media, Maori, welfare beneficiaries, or intellectuals — not to mention left wing politicians or activists — are derided in terms ranging from the vaguely amusing (‘painty-waists’, ‘pinkos’) to the wannabe obscene (‘sanctimonious twats’ ‘lefty c***ts’) to the downright bigoted (‘greedy Maori’, ‘brown-mail’). It marks the abusers out as belligerent, and worse: lazy thinkers.

They are, some of these reptiles (irony), apparently far more interested in denigrating The Other Side or preaching to their braying like-minded, party faithful audience, and fuelling a toxic blend of hate speech, class warfare and bigotry. They seem more fond of ‘sledging’ the opposition than issues analysis, policy debate — squeezing out ‘opinions’ without subjecting themselves to what John F Kennedy referred to as ‘the discomfort of thought’. 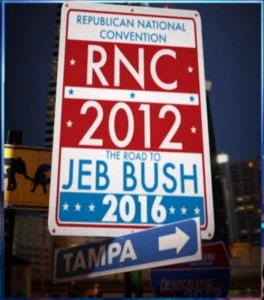 I don’t care whether the propagandist is of the left or the right, HOW the argument is conducted matters to me.

Dishonest, deceitful arguments, hate-mongering and lies might just be an ‘acceptable’ strategy in a military campaign (‘All’s fair in love and war’), but in a democracy? As political discourse? Nope. And even more so where the attack dogs routinely question/criticise ‘The Other Side’s integrity/truthfulness/fitness to govern as a matter of course, mudslinging their way to an illusionary claim to the moral high ground. (cough)

While I believe in a vote for every citizen, in my view it *is* possible to lose your ‘right’ to be taken seriously as a participant by being proven to be a deliberate, outright liar … just as it is if you’re seen as a wild-eyed lunatic. (It’s called the lunatic fringe for a reason.)

Which struck me when I heard the Romney campaign’s declaration
We’re not going to let our campaign be dictated by fact checkers and lyin’ Paul Ryan’s grossly misleading Republication Convention speech, so pilloried by critics from the left and the right. See Paul Ryan’s breathtakingly dishonest speech. Very shabby stuff.

When someone lies like that, it seems to me they’ve lost.* You can decide what they’ve lost for yourself.

*It also demonstrates a lack of creativity. I know that sounds counter-intuitive, because people ‘make up’ lies.