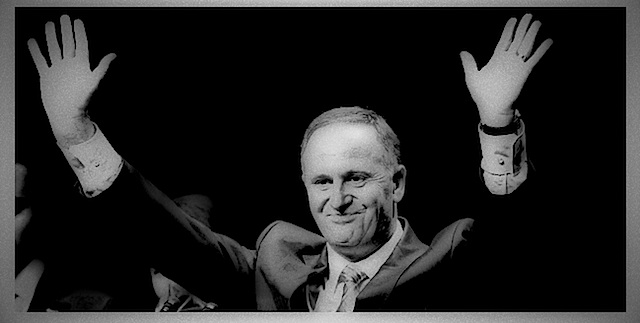 In the aftermath of the National Party’s emphatic re-election to lead a coalition government in New Zealand, surprisingly little has been made of Party Leader John Key’s confession to a secret relationship.

It was contact John Key admitted he was warned not to engage in.

“I was told not to … I know I shouldn’t have,” Mr Key admitted, confiding to friends that he had deliberately cultivated a relationship in ways he kept hidden from others. At the end of the day, the Prime Minister-elect seemed to make no excuses for his deceit, saying: “But anyway. Whatever. It was our little secret.”

The object of Mr Key’s forbidden attention was (as is so often the case, insiders say) a National Party campaign worker with whom he had worked extremely closely.

Political observers say it’s common, almost a cliché, to discover that the intensity of an election campaign can throw people together. As well as the ‘thrill’ of pursuing a joint goal, defending one another from attacks, election campaigns also bring long hours, hard work, and time away from home. It all takes a toll. The stresses and tensions of the campaign trail can create unbearable pressures — pressures that demand to be released.

Type-A personality individuals like John Key often reach out to find an outlet for that tension — a kind of pressure-relief valve. According to Mr Key, he found reassurance through repeated secret contact with a willing Party worker.

John Key isn’t the first powerful man to attract a sympathetic ‘helpmate’ in times of stress … and certainly not the first Alpha-male to find that a working relationship can blossom and transform into something more, something special … especially when kept hidden from other people’s eyes.

Matters came to light unexpectedly at the National Party’s final 2014 campaign function. Apparently feeling safe and ‘comfortable’, surrounded by friends and well-wishers, John Key chose to finally tell the truth about his phone calls “night after night” with the campaign worker.

Clearly determined to get things off his chest — and, finally, out into the open — Mr Key, in a clear, strong voice, with his wife at his side, disclosed to his friends what he’d kept secret for so long.

Mr Key said he knew he shouldn’t have done it. Indeed, he said he had been told not to. He admitted it. But it seems Mr Key found he simply couldn’t stay away from his campaign worker: the number-cruncher with the bubbly personality and silky voice.

Fun-loving David Farrar (see photo below) is said to have also benefitted from the relationship. As well as being paid by the National Party (a long-term arrangement), friends say Farrar has lately been so full of inner joy he has shed tens of kilos of weight, and taken a keen interest in exercise as the relationship bloomed.

Observers suggest another factor that pushed the two of them together was the furore caused by Nicky Hager’s exposé ‘Dirty Politics‘, which detailed a small fraction of the ‘dirty tricks’ propaganda work David Farrar does on behalf of John Key and the National Party. Insiders say there is much, much more yet to come out.

Listen to John Key’s own words:

‘Our little secret.’ John Key confesses to doing what he ‘knew he shouldn’t have’.
MP3 file
“…whom I rang night after night, even though I was told not to, just to check. I didn’t tell Libby all that. But yeah, I know I shouldn’t have, but anyway. Whatever. It was our little secret.”
— John Key speaking to friends on Election night 2014 about the secret he’s nurtured with National Party political operative David Farrar. 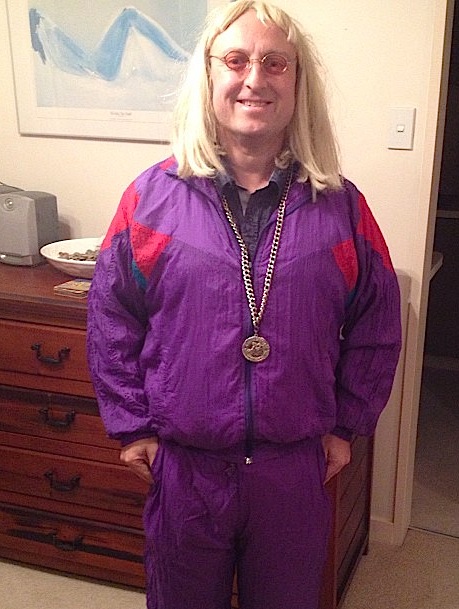 Some might find these revelations shocking. But as one of David Farrar’s friends at the tanning salon told him: Sunlight is the best disinfectant. This writer, for one, supports Mr Key taking the first step and owning up to his secret, by his own words, compulsive relationship with David Farrar.

Good on him for finally telling the truth about it. Now he can get some real help.