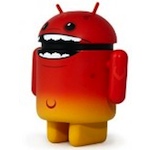 Wow. Talk about a double standard. 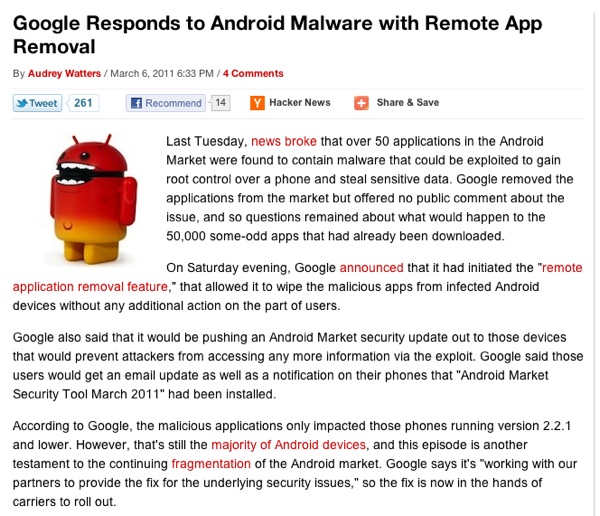 Some tech bloggers and others talk about Apple having ‘too much control’ over people’s iPhones and iPads and the ‘walled garden’ approach of the App Store.

Look at these actions from Google (leave aside for the moment that Android’s marketplace offered more than FIFTY applications with privacy-busting malware embedded) :

Last Tuesday, news broke that over 50 applications in the Android Market were found to contain malware that could be exploited to gain root control over a phone and steal sensitive data. Google removed the applications from the market but offered no public comment about the issue, and so questions remained about what would happen to the 50,000 some-odd apps that had already been downloaded.

On Saturday evening, Google announced that it had initiated the “remote application removal feature,” that allowed it to wipe the malicious apps from infected Android devices without any additional action on the part of users.

Google also said that it would be pushing an Android Market security update out to those devices that would prevent attackers from accessing any more information via the exploit. Google said those users would get an email update as well as a notification on their phones that “Android Market Security Tool March 2011” had been installed. — ReadWriteWeb

(And remind me: what’s the Bad Thing about the ‘walled garden’ approach? Maintaining the ‘hygiene’ of the App Store with an approval process rather than this Ooops! reactive ‘remote application removal feature’?)