« You’re an activist? That shows that you care about something
Now, if Cunliffe had joked that Judith Collins was a ‘troll’ … » 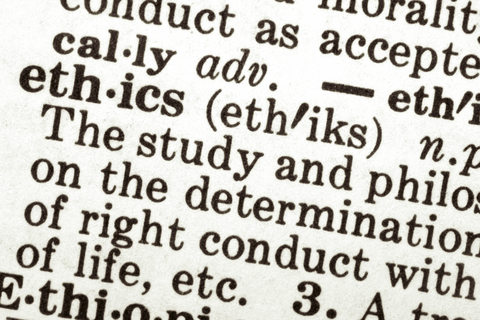 Reader & commenter here at The Paepae, Ivan the Terrible, asked me last night whether I ‘fancy’ myself as a philosopher. This was in the context of my post Settlement of legal action as a ‘peace premium’ about the wisdom/risk management of settling a dispute, where possible, rather than pursuing it through the courts.

I started an answer to him but then it branched … so here it is as a blog post. (Don’t read it if you have no appetite for my occasional self-reflective meandering.)

Philosopher? Who, me? Not really.

I remember getting a great big hardback Bertrand Russell book out of my college library … which impressed my dad … but at 15, I couldn’t really make sense of it.

Later, through friends, I was led to think deeply about about ethics — the same friends introduced me to people in a cult, the Children of God, who had apparently surrendered many of their life decisions to someone else, but whose ambiguous sexual morality made them … attractive. (Perfectly understandable, when I look back. Recruiting.)

My emerging sense of what I called then ‘social justice’ — but could just as easily be described as a simple awareness of power imbalances, fairness, and empathy, rather than any political or philosophical bent — plus an event which was in effect a fork in the road (the consequences of a poor choice on my part that let me glimpse a future I did not want) led me to take care about my own morality and how I treated myself and others. I saw actions had and have consequences.

Like most teenagers, I was acutely sensitive to the nexus of consistency vs hypocrisy … and, typically, judgmental of it in others. I became quite black-and-white and, as I have noted before, vastly intolerant of people expecting others to ‘lead’ them and make the hard decisions in their lives e.g. religious ‘shepherding’ and discipleship.

I am clumsy at times, even today, and can sometimes be harsh when exasperated or annoyed. I do my best but I fail, sometimes, to live up to my own standards. C’est la vie. See also Desiderata, which I cited here: Stress kills. Some more thoughts about litigation. Especially “As far as possible without surrender be on good terms with all persons.” Note the qualifiers.

For as far as I can see, there are times we have to enforce our own boundaries — for instance, pulling people up on their broken commitments or agreements with us. Don’t be a doormat. When facing a recidivist agreement breaker, I can sometimes lose my temper and sacrifice the ‘be on good terms’ thing. (I don’t ‘hate’ though.) Likewise with those whom I criticize here from time to time for dishonest tactics. I know that makes me a target. I bear the bitemarks.

But I generally try to refrain from pointing the finger and citing bad ‘ethics’ as criticism. There are times it seems unavoidable, for instance, when considering actions like promotion and marketing for scams. Sometimes ‘debate’ or ‘discourse’ becomes clearly, evidently dishonest too. A smear campaign should be called out for what it is.

Studying for my politics & psychology degree at Victoria in my thirties was an absolute delight, and while doing it, the most mentally taxing paper I took (in terms of thinking, not just exam technique) was a Philosophy paper on Medical Ethics. Guest lecturers from the Wellington Medical School stretched our minds with real-life cases so complicated, and with so many interrelated considerations, that they read like they’d been made up for effect.

Doctors make ‘moral’ decisions every day. I respect that. My life is easy compared to theirs. One of the baches down the beach from ours belongs to a family one of whose sons is a doctor in a major city hospital’s emergency room (A&E?) Talking with Rob a few summers ago, I realized with great clarity that I do not have what it takes to do what he does. I am not calm enough. I don’t know if I ever could be. Maybe. Probably not. Too reactive. Not enough detatchment.

What I have learned since about human beings is that for most of us, we will take any opportunity to let ourselves off the hook. I am no exception to this self-serving tendancy, but there are limits.

Ethics in business – lessons from a watchdog

This, from an illuminating article by Matt Nippert last weekend, We haven’t seen last of corporate fraud raises a common justification: the claim that someone’s interpretation or Point of View can somehow ‘magic away’ the criminality from dishonest commercial actions …

The common symptom among the fraudulent finance companies was “pretty cynical” and murky related-party lending, [Simon McArley, the Serious Fraud Office’s deputy director and head of corporate fraud] says.
“There was this desire to use clever boundary-pushing. They pushed the boundaries of what they could get away with with these imaginative transactions, to get quite substantial personal benefit without any regard whatsoever for the people whose money that was used.”
When McArley arrived, legal advice said while such clever tricks may be morally abhorrent, they did not break the law. In response to the advice, the SFO took what McArley calls a “pretty out-there” approach and began looking closely at trust deeds. It built prosecutions that argued breaking the deed was literally theft – at least theft as defined under the Crimes Act.
“A lot of defendants would say they hadn’t stolen anything, but they did. Taking money for one thing, and using it for things you’re not allowed to do is pretty much the same as stealing someone’s money. Just because you didn’t steal it and put it in a bag with a dollar sign and run away with it is no defence.”

Some white collar criminals (whether they see themselves as that or not), imagine they’re just normal (ethical) businessmen, pillars of the community and that their poo doesn’t smell. “It’s not personal, it’s just business,” they might say as they cheat and lie and get others to lie for them.

Despite their efforts to try to normalize and minimize their wrong-doing, that’s not how the law sees it. As McArley implies, because their theft is carried out using a keyboard rather than a crowbar, a pair of bolt-cutters or a knife, they suppose it’s somehow less criminal. But really, it ain’t.

We need regulators who can cut through the murky behaviour and and see it for what it is. (But I don’t hold out much hope.)