« Do you find John Key’s case for expanding the powers of the GCSB convincing?
Perhaps Judith Collins’ mysterious Wikipedia chimney sweep is a shy hobbyist #WhoisClarke43? » 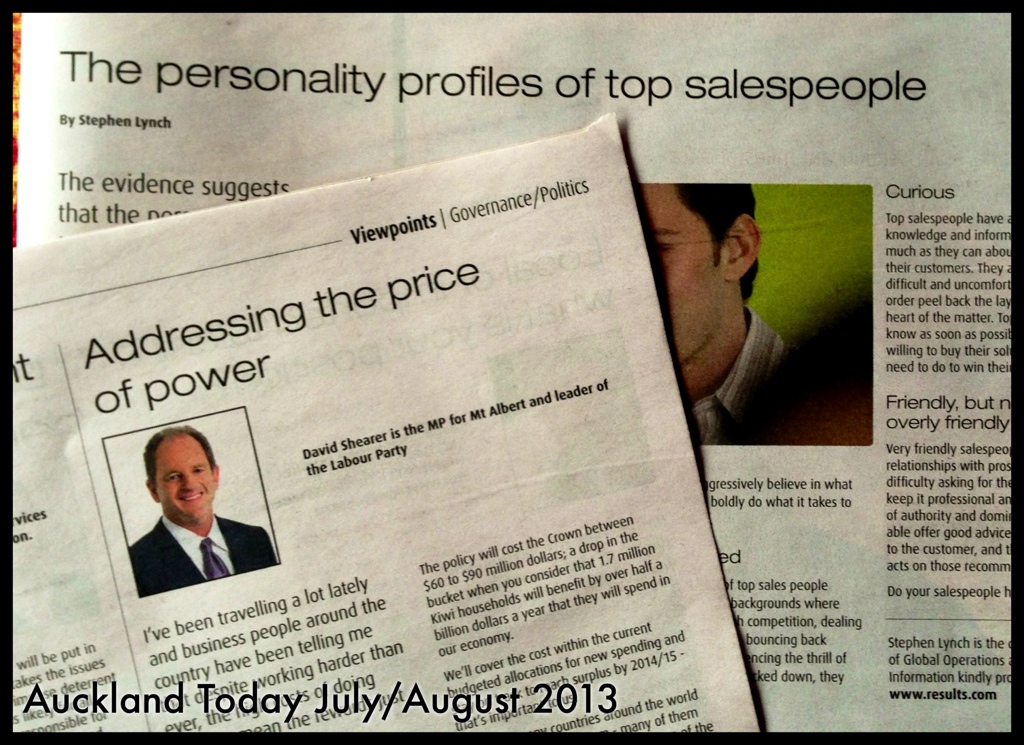 If you read The Paepae much you’ll know I’m often struck by humorous or ironic juxtapositions.

This, from the latest Auckland Today giveaway, popped out at me. Just the headlines: ‘The personality profiles of top salespeople’ and David Shearer’s column ‘Addressing the price of power’.

I don’t know Mr Shearer. I talked with him briefly at Paul Holmes’ funeral at the cathedral in Parnell. I’ve called the job of Leader of the Opposition one of the hardest, most thankless tasks a person could undertake, based on my observations over the years at Parliament and covering various party conferences.

For Shearer, faced with a popular PM who possesses, without a doubt, the ‘personality profile’ of a top salesman, and a nervous Party and caucus (almost terminally so*) the temptation to listen to the (mostly) well-meaning advice to try to re-package his own ‘personality profile’ must be intense.

But, you know, from the little I know of David Shearer — and really, more from what I know of myself as a fellow human being — that seems to me to be too high a ‘price’ to pay for power.

I can say this from the sidelines (and I admit such talk is cheap).

* If one believes the scuttlebutt. And even if one doesn’t, most of the time Opposition is a nervous place to ‘be’.