« Google grows some
Nothing new under the sun… » 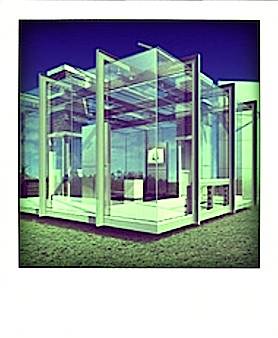 One of my favourite ‘let me off the hook’ quotes expressing wisdom is this:

Do I contradict myself?

Very well then I contradict myself,

(I am large, I contain multitudes.)

I have at various times, to my cost, roasted myself on a bed of burning coals by the name of ‘consistency’.

Well, partly because I was brought up with the old saying ‘What’s good for the goose is good for the gander’ — that, and a dose of trying to be the same person in all circumstances (i.e. my personal pursuit of sincerity and integrity — words I barely utter in public because to do so, in my observation, seems to mark one out as just the opposite.)

My thoughts about this are prompted today by the unholy sight of a smear campaign under way on a forum I visit. To compound things, the chief protagonist in this case is a creature who — falsely in my personal view — trumpets the superiority of his own ethics every chance he gets. Indeed, he’s recently adopted such a claim as part of the latest positioning statement for his, um, enterprise.

The creature’s target is a person whom I know and trust, and who has just ended a protracted bout of litigation against someone whose case I understand is of dubious merit, and whose history contains other claims of grievance against former employers.

I can speak from first-hand experience in saying that civil litigation is a very expensive process … fraught with stress and difficult compromise. The outcome of the justice system can sometimes be anything but just — especially when it comes to civil litigation or employment grievance-type matters.

Of course there are two sides to every story. But it saddens me to see people shooting off at the lip — publicly and naming names — without seeking the other side of the story. Having met or corresponded with some of those making what look to me like ignorant comments and calls for sanctions, I honesty would have expected more fair-mindedness from them.

The hypocrite mentioned earlier is another case entirely. I have observed him and his various business partners du jour cynically engaging in quite deliberate smears of other people and businesses. Very nasty stuff, in my opinion.*

I personally know that he flings his stones from a very glassy place … yet hubris and, perhaps a personal or commercial grudge against my friend have (it seems to me) made him lose perspective.

Which could happen to any of us, couldn’t it?

* Previous activities including attacking a journalist for reporting bankruptcy proceedings and calling a bank economist a ‘crazed sadistic basher’ have been mentioned here on The Paepae before. See this post.