« Carrick Graham, vendettas and miasma
The escape of exnzpat, Part 30 »

It’s funny how the brain works. Earlier this week, I passed a copy of Nicky Hager’s book Dirty Politics on to a new workmate after he’d expressed a harshly negative opinion of Hager — but when I asked him if he’d read any of Hager’s books he admitted he had not. Rather than lend him mine, I bought a copy of Dirty Politics for him to read. In handing it over, I flicked through it again. Although I hadn’t read the book in a blinding hurry when I first got it (read my original comments here) I realised there was material in the book that I had forgotten.

There was also some important information in Hager’s book which has been given extra context by the Rawshark/Whaledump ‘dumps’ of material on which parts of the book were based, and by the Chisholm inquiry into the level of former cabinet minister Judith Collins’ contact/involvement with Cameron Slater and their joint machinations. (The Chisholm inquiry report is available here PDF 720k) 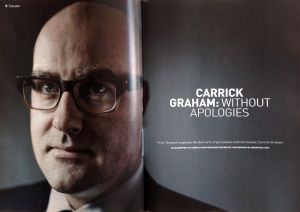 So I decided to read Dirty Politics again. And even though as I write this my own launch day copy is on the bookshelf behind me, as the result of a passing comment about his own long form reading habits Giovanni Tiso made when we met for coffee in Wellington recently, I decided to get the Kindle version. Well, that was a good idea. (Thanks, Giovanni!) I’m thoroughly enjoying reading it this way, and the extra features like the ‘X-Ray’ view.

Like probably thousands of others, I downloaded and read the Whaledump dumps. They were released, it seems to me, in response to the puerile defence run by some embarrassed by the revelations in Dirty Politics — from the Prime Minister down to his loyal poodles like Mike Hosking: “Nicky Hager is just making it up!” Of course he wasn’t.

In my own case, I loaded the dumps directly into my beloved DevonThink Pro (last mentioned here) so they are imminently searchable and cross references were created by the program’s AI. So now, re-reading the book, where Hager quotes a conversation between Cameron Slater and one of his co-conspirators, in some cases I’ve been able to easily pull up that fragment and read it in context.

I’ve also been struck again by how responsible Hager has been in his use of this material.

Obviously, Slater, Graham, Odgers, Jordan Williams, Simon Lusk, Judith ‘tip line’ Collins, etc. would like to see the whole correspondence suppressed to obscure their devious schemes — and their character? — but I can definitely see the ‘public interest’ justification for its publication.

So, anyway, in the middle of this — and the coincidental burst of publicity that Slater’s ghostwriter and paymaster Carrick Graham received (see my previous post) I’ve naturally been thinking about Rawshark/Whaledump, and, indeed, re-reading some of the material this [alleged] hacker and whistleblower revealed. 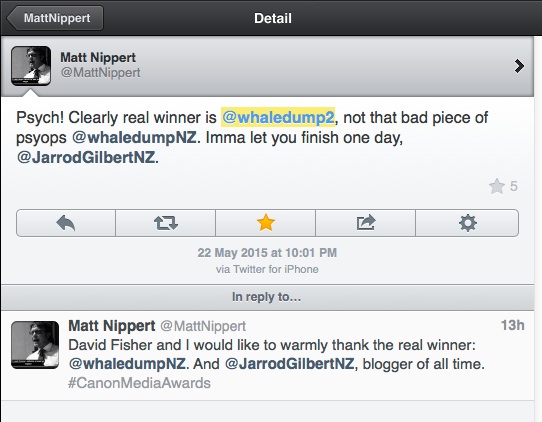 … where I observed the rather odd wording in that tweet at the bottom: “This Tweet from @whaledump2 has been withheld in response to a report from the copyright holder.”

Ha! Really? I thought. The ‘copyright holder’? I wonder who that could be? I remembered that Cameron Slater had gloated about having the original Whaledump twitter account taken down via a complaint to Twitter (see: WhaleOil on Twitter suspension: ‘Whaledump is dead. Good job’ – TVNZ).

A quick click on the ‘withheld’ tweet showed some of the responses to it, from which its subject matter can fairly easily be inferred:

It’s clearly to do with a law firm, and an employee of that firm corresponding with Cameron Slater about that law firm potentially using his services. A few quick clicks in DevonThink Pro led to the ‘dump’ of Slater’s correspondence with apprentice dirty PR practitioner Jordan Williams, viz. (4 images – click to enlarge)

So, in a way (well, in my case anyway) the attempted suppression of the Whaledump2 link in that tweet (under a supposed “copyright” claim) is an example of the ‘Streisand effect’ — where an effort to suppress information leads to increased publicity.

For the record, I regard publication of this correspondence as being in the public interest. It indicates how these people (‘public lawyers’ and PR operatives) operate — and of particular interest: PR attack blogger Cameron Slater’s apparent admission that some of his ‘clients’  “…pay with advertising, some with product”. That’s an important distinction, as you will see.

A slightly hilarious aside: According to the dump, on 5 May 2011, discussing dirty tricks, Williams wrote to Slater:

I’m not sure what Jordan Williams’ role with that law firm is these days, if any. Apparently he’s not showing on the firm’s website as one of its ‘people’ whereas he definitely did before. (Yep, I just checked. Not showing.)

But all that’s by way of introduction to my main point. Sorry, it’s a bad habit. I wouldn’t tolerate such a meandering preamble from one of my authors or contributors. Still, that’s blogging for you. 🙂 …

Just how grubby WAS that anti-MMP campaign?

Sparked by that little trip into the archive, I scanned through some of the other material in my DevonThink Pro database relating to Jordan Williams, and in the context of what I was re-reading in Dirty Politics, it became blindingly obvious that Cameron Slater, Williams and Simon Lusk were the main organisers of the deceitful and devious 2011 anti-MMP campaign dubbed ‘Vote for Change’.

I was critical of the campaign’s misleading double-talk at the time, I recall (Claims of ‘Integrity’ in the anti-MMP Campaign accompanied by smear tactics and Doing the anti-MMP campaign’s dirty work) but I didn’t know the half of it, it seems, and (foolishly) believed denials I was given. Hager’s book Dirty Politics revealed the campaign also contained a strong anti Winston Peters element. Yes, some of us had noticed that.

Vote for Change was fixated and negative about Winston Peters. What a coincidence. (click to enlarge) 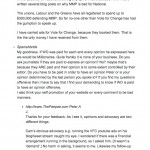 Ask Cameron Slater a straight question—don’t expect the truth. Revealing, now that we know what was really going on, thanks to Rawshark/whaledump. (click to enlarge.)

It had been a matter of some controversy at the time, just what Slater’s role was in that campaign…

I remember being part of those discussions. In fact I specifically asked Cameron Slater if he was being paid for his role in the anti-MMP campaign. It seems he was either lying his pants off or muddying the waters — “that is the only money I have received from them”. I read that denial differently now, thanks to the Whaledump material.

Here’s a clip from the now defunct but excellent at the time blog of John Pagani, where Slater and co-conspirator Cathy Odgers (Cactus Kate) express their limited roles – and I came to their defence! I’m shaking my head now, let me tell you. What a dummy. (John Pagani blog PDF 260k)

Once again John I have absolutely no organisational or otherwise ties with Vote for Change. I am neither a member, supporter or advocate of the group.
I run a fully disclosed ad for them on my blog. Oh and like a few hundred others clicked “like” on their Facebook page.

… but she doesn’t disclose that the Facebook page was set up by her pal and fellow advertiser Cameron Slater. Did she NOT know? Unlikely, it seems to me. Cathy knew a whole lot more about the commercial and other considerations going on than she let on at the time, I was to learn later. So, bugger: More indications that Cathy Odgers can’t be trusted either. Sad.

If there’s another side to this, another interpretation, let me have it please, and I’ll publish it here.

Cathy’s acid description of Jordan Williams is worth quoting (as I already did somewhere, I think, but so what?):

… I’m pretty sure that’s worse than anything I’ve ever written about Jordan Williams. I had a real soft spot for Cathy Odgers. (see pic) 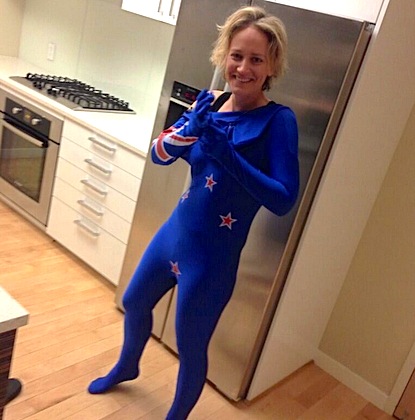 This, via The NBR, is one of my favourite photos of the beautiful Cathy Odgers. Too bad about the ethical … issues, eh?

What a disappointment that she’s apparently so two-faced, as her mercenary involvement in Carrick Graham’s protracted ‘hit jobs’ on behalf of Mark Hotchin appear to indicate. But more to the point: Does it look like she was deceiving us?

Anyway, the extensive correspondence between ‘frontchild’ Jordan Williams and Slater released via Whaledump2 about: setting up the Vote for Change website and Facebook page, mailing lists, emails to Simon Lusk etc, dealing with the early embarrassment of the former White Power guy who was a member, all manner of other logistics issues, makes it abundantly clear that — just as Nicky Hager records in Dirty Politics — Slater was deeply, intensely involved and in the engine room of the Vote for Change anti-MMP campaign — notwithstanding his misleading public answers to my and others’ questions about the extent of his involvement. 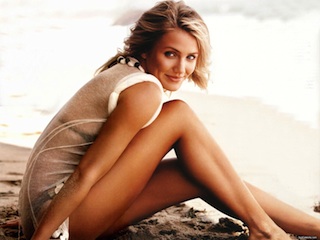 Wrong Cameron, but right for so many other reasons.
(promo pic)

So, yet again, I’m forced to the unwelcome conclusion that Cameron Slater really is an utterly untrustworthy person. Now, that’s not news to many of my readers, so I apologise if you were expecting some Eureka! moment. As I said, I’ve been provoked to ruminate.

If anything, like Matt Nippert, I also want to pay tribute to the brave and clever person behind the Whaledump twitter account and the Rawshark leaks to the news media.

It’s been an awful, but necessary thing for us (those of us willing) to look into the dark heart of these nasty attack politics and dirty attack PR — to consider how sometimes important public debate is distorted, chilled and even silenced through the efforts of paid professionals like Carrick Graham on behalf of his ‘oh-so-deniable’ clients.

The emphasis seems to be on shutting people down — those whose science, whose criticisms, whose voices don’t fit Carrick Graham’s clients’ shadowy (smokey? sugary? boozy?) agenda. “Without apologies” Carrick? Bullshit. I think an apology would be a bloody good start, if you ever get to read this.

A leopard doesn’t change its spots. Despite a quick wipe of the veneer on the Slater/Graham/Lusk/Williams/Odgers PR attack machine, we can be pretty sure it’s ‘business as usual’, whoever the specific targets are today: smear, attack, cash for comment (or ‘product’ as we have seen) and the usual if not out-and-out lies, then devious half-truths and spin.

Note (and this is my final, simple point:) that all this is carried out by people who are sometimes desperate to suppress discussion of their own septic activities and to conceal their involvement — to keep it out of the sunlight, working against the public interest, in my opinion. Even if that means making a vacuous ‘copyright’ claim in a complaint about a Twitter account — if that’s in fact what occurred.**

Which also renders this comment Cameron Slater made to me, deeply ironic:

UPDATE ** Over the weekend, someone suggested the possibility that the instances of “This Tweet from @whaledump2 has been withheld in response to a report from the copyright holder” might be a joke. But a closer look using the Twitter web client shows the ‘withheld tweet’ notices (all four of them) resemble very closely the ‘official’ Twitter way of dealing with DMCA ‘copyright’ take-down requests … 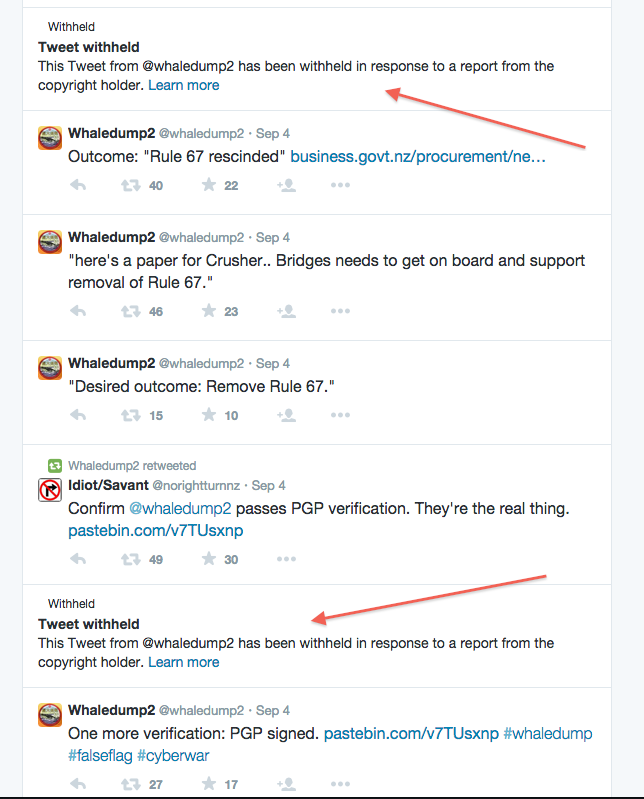