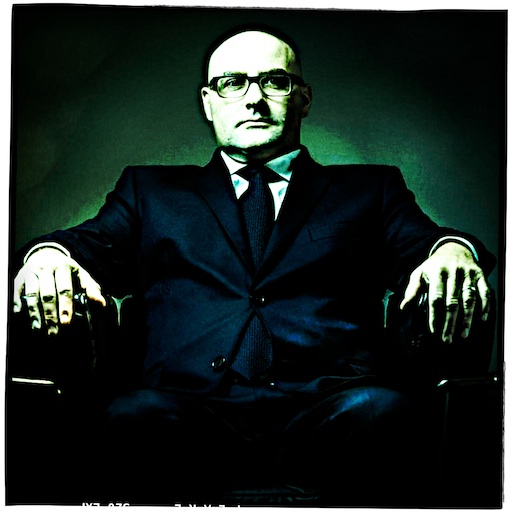 I don’t talk much about PR attack blogger Cameron Slater’s sometime paymaster and ghostwriter Carrick Graham, although I haven’t completely ignored him — (see?).

Carrick’s claim to fame was revealed by Nicky Hager’s book Dirty Politics, and in somewhat redacted material leaked to the news media and further afield by the [alleged] hacker Rawshark through his Whaledump twitter account and various ‘dumps’.

Ghostwriter Graham, along with extreme right wing* (former) blogger lawyer Cactus Kate — Cathy Odgers, who was another of Cameron Slater’s ghostwriters — was apparently hired to run public ‘reputation attacks’ on public health advocates and scientists, as well as the financial crime investigation units looking into the activities of failed financier Mark Hotchin.

The Chisholm inquiry revealed Carrick’s destabilisation campaign against financial regulators. Graham somehow managed to convince Judge Lester Chisholm that his role was only a tertiary role — behind Slater and Cathy Odgers, even though he employed them!
These activities were, in my view, a low point in recent history — for journalism and for the public relations industry.

Now Carrick Graham might see all that as ‘just business’. OK. But, as someone prominent says, ‘There’s a range of views on that.’

By an astonishing coincidence, apparently Carrick Graham isn’t a member of the PR Institute of NZ, so therefore, not subject to their code of conduct and ethics. How convenient. 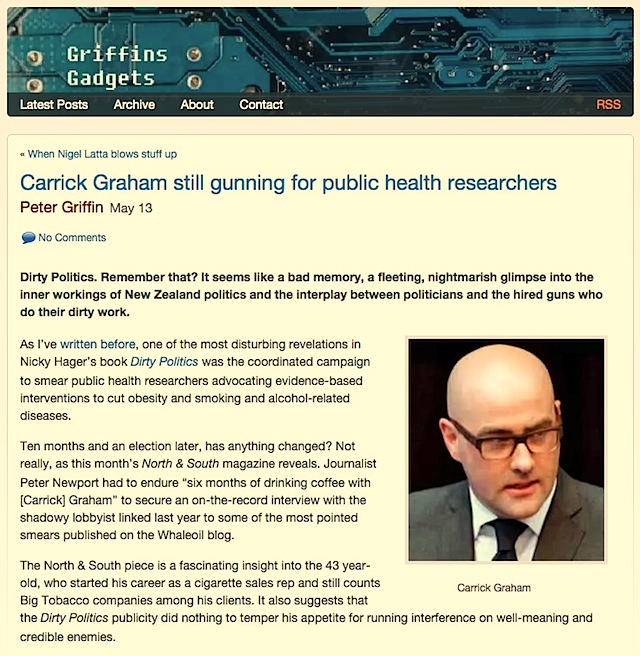 The piece reveals that when Newport visited Graham’s Parnell office, he was greeted with “an array of passport-sized photographs, stuck to the wall like a TV cop show operations room, linked by colour thread. These are his current targets, complete with their affiliated organisations and their available budgets”.
The current targets, he adds, are “people linked to the HRC, the Health Research Council. This is the major funder on behalf of central government of biomedical, public health, Maori health and Pacific health research … these are the people Graham is currently being paid to attack”.

“…these are the people Graham is currently being paid to attack.” Pretty grubby, eh? 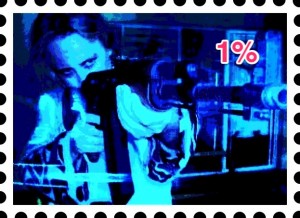