« Drunken yobos spit in MP’s face, then skite to their mates like idiot schoolboys
Birds of a feather? »

A question of perspective

What you see depends on where you stand. 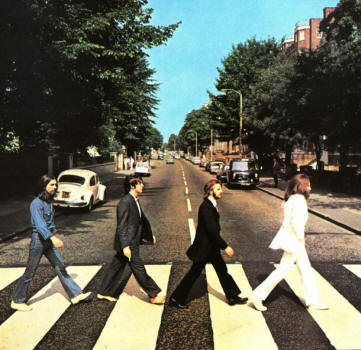 Or, put another way:

How you look at pedestrian crossings depends a lot on whether you’re the person wanting to cross the road or the vehicle driver called to wait and let the person cross.

A couple of days ago in the context of Martyn Bradbury’s rant, I mentioned this comment-‘chilling’ threat from blogger w.p.d.s Cam Slater:

Even blogs which proudly boast little or no moderation like Cameron Slater’s WhaleOil practice other techniques for ‘chilling’ commenters who they regard as unwelcome or ‘trolls’.
A couple of months ago Cam took grave exception to a tacky, tasteless anonymous comment and in response published the commenter’s name, email address and workplace and quietly incited his ‘Army’ to harrass the guy’s employer about his foul comments — which they did, apparently. Last month I observed Cam threaten another anonymous commenter with similar exposure if he didn’t tone down his comments in these terms:

Then this morning, in my post about a some people hassling a politician online, I made a very brief comment (since deleted) which implied the anonymity of one of them might not be as universal as he might suppose, and used the phrase ‘blow your cover’. I’ve been (privately) called to task on that. And fair enough.

Having (only very mildly) recently hassled Cam about his own ‘naming and shaming’ of a commenter on his blog, and his overt threat to do the same to someone else (see quote above), it could be seen as (a) questionable or (b) an act of disgraceful hypocrisy — depending on your point of view — for me to even vaguely suggest a similar threat to actually reveal the real world identity of someone else. Especially since that person evidently prefers to make his political statements and use (ahem) social media to anonymously hassle politicians on the internet (to the point of being recently banned from a Left wing site, I understand?) under a pseudonym. (Yes, I know using ‘anonymous’ and ‘under a pseudonym’ in the same sentence is redundant English. Shoot me.)

I am a long-time proponent of people using their own name on the internet and being accountable for their statements. I think there’d be far less BS to wade through if we were to stand by by our comments. See Jules Older’s Own up Dude and Seth Godin’s Put your name on it. I think we should comment in a way that makes us identifiable.

I concede there are times when a pseudonym is a useful thing. But I just wish anonymous trolls wouldn’t be such dicks. See: Potshots from behind a mask of anonymity are, by definition, cheap and Hello anonymous commenters?

Your secret is safe with me.