« Storm the barricades, brothers and sisters!
Privacy? Not if you use Gmail »

There’s been a reflexive kerfuffle about hard-left attack dog Martyn Bradbury being told his services will no longer be required as a ‘political commentator’ by NZ public radio after he read a billious scripted rant on a recent ‘discussion panel’. 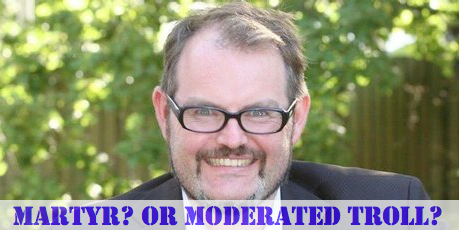 Martyn Bradbury got a slap — but what for exactly? (image APN)

Let me be clear about my own opinion of Martyn: I think he is a sloganeering polemicist. He is also, in my personal opinion, a devious smear artist who hysterically espouses extraordinary anti-democratic ‘positions’, [see On a collision course] and wages ‘war’ on people he regards as ‘enemies’. In my observation he seeks to denigrate and libel his political opposites (of which I am not one) while dressing in left wing, liberal, culturally appropriate ‘clothing’ as if he were a politically-switched on version of comic Te Radar (he wishes!)

Bradbury was told to sling his hook by National Radio after he’d made a dick of himself (IMO) and compromised the Jim Mora show’s already tenuous hold on a semblance of political neutrality following Mad Butcher Peter Leitch’s John Key fan club president speech during the butcher’s Eight months to Mars appearance on the show.

So after Thursday’s (possibly defamatory?) rant aimed at John Key and alleging broad corruption, Bradbury was told he wouldn’t be invited back … and RNZ producers were told not to invite him back. [* see update below]

Cue the wailing and cries of ‘bias!’, ‘censorship!’, ‘corruption!’ … and calls for solidarity … with the resentful attention-seeking boomer basher launched high on virtual shoulders. Yes, outrage, then malaise amongst certain of the blogosphere and twitterverse. But, hang on, let’s look at it…

Moderation of comment streams on blogs is common. Two of the blogs which have sprung to Martyr’s defence The Standard and Red Alert, as well as those that (ahem) haven’t like Kiwiblog routinely practise moderation of their comments. Some of the new media paragons of free expression even implement elaborate ‘demerit’ systems and stand down periods, and outright bans for commenters whose words/behaviour they deem to have ‘crossed the line’.

Even blogs which proudly boast little or no moderation like Cameron Slater’s WhaleOil practice other techniques for ‘chilling’ commenters who they regard as unwelcome or ‘trolls’. A couple of months ago Cam took grave exception to a tacky, tasteless anonymous comment and in response published the commenter’s name, email address and workplace and quietly incited his ‘Army’ to harrass the guy’s employer about his foul comments — which they did, apparently. Last month I observed Cam threaten another anonymous commenter with similar exposure if he didn’t tone down his comments in these terms:

(Intriguing that it’s John Key that gets defended with such zeal, huh?)

On this blog, The Paepae, I delete spam and comments that could be defamatory or just seem like spiteful attacks without basis. Discussing it with other less obscure 😉 bloggers, I think that’s a pretty common standard.

Martyn Bradbury acted like a troll on Jim Mora’s show — or as others have said, like a very poorly behaved house guest, disrespectful of the host. He wore out his welcome.

It is natural, fit and proper for a radio producer to assess a guest’s performance and make a decision about future suitability. I arranged thousands of interviews, guest appearances, correspondents and commentators on the radio in my time with the Paul Holmes Breakfast. When assessing a guest’s performance etc, one of the factors we had to balance (no pun) was the Broadcasting Standards Authority codes of practice.

Some got invited back. Others didn’t. So what? 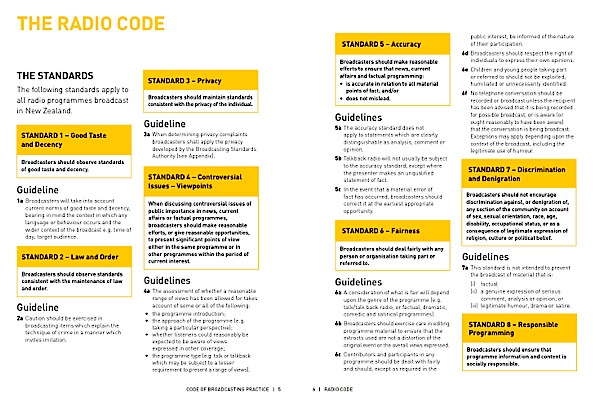 * UPDATE: This, from the 3News.co.nz website, clarifies RNZ’s position …

A spokesperson for Radio New Zealand released this statement to 3 News this afternoon [Monday]
.
“Mr Bradbury’s invitation to take part in The Panel discussion segment was withdrawn because his personal comments about the Prime Minister were deemed to be in breach of Radio New Zealand’s editorial requirements for fairness and balance. One of his comments was regarded as being potentially defamatory.
“Mr Bradbury’s comments were inconsistent with information he had provided to programme producers before going on air.
“Mr Bradbury later apologised to the programme’s executive producer. It was made clear to him that while his invitation to appear as an occasional guest on The Panel was being withdrawn, it was not a ‘lifelong ban’ and it did not apply to other Radio New Zealand programmes.”