« I had to laugh …
Another reason to speak up now »

Is a claim of ‘tall poppy syndrome’ the last refuge of the scoundrel?
(Yes, I know that’s supposed to be patriotism. But how about it? Or perhaps it could be claims of religious virtue?) 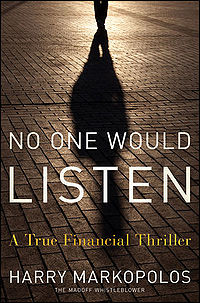 Whistleblowers often get called 'envious competitors'. But what if they're proven right?

Here’s a typical definition of the ‘syndrome’ …

Tall poppy syndrome: a social phenomenon in which people of genuine merit are resented, attacked, cut down, or criticised because their talents or achievements elevate them above or distinguish them from their peers. Jealousy cuts the mustard too. — from Jeroen Ten Berge

Well, one can’t argue with the idea that THAT would be a terrible thing.

Jealousy, envy and resentment are ugly emotions, I’m sure we all agree, and surely can’t motivate (emot-ivate) any good thing, can they?

But hang on. What if the ‘high achiever’ under fire by a critic is actually a fake and a liar.
What if the ‘genuine merit’ is phoney?

e.g. let’s say someone claimed things that were untrue — for instance, citing success or achievements that are exaggerated and (perish the thought) trumpeting ethics and motivations that were … dubious.

What if they claimed titles like ‘most trusted advisor’ or ‘top investor’ or … ‘leading expert’, ‘top guru’ … and these were baseless, even misleading marketing claims?

Question: Is someone who exposes those false claims invoking tall poppy syndrome? … or are they unmasking a fraud? (The question answers itself, doesn’t it?)

A case in point: Harry Markopolos, the whistleblower who repeatedly warned authorities in the US about the scam being perpetuated by Bernard Madoff was NOT indulging in tall poppy slashing — although it’s apparent a US version of that particular smear would probably have been directed at him.
In fact, he was trying to blow the whistle on a criminal.

In 2000, Markopolos’ bosses [at Rampart Investment Management] wanted to learn how they could match Madoff’s double-digit returns. A math whiz, he was assigned to deconstruct Madoff’s strategy to see if he could replicate it. Again and again, he could not simulate Madoff’s returns, using information he had gathered about Madoff’s trades in stocks and options.

Markopolos eventually decided Madoff was either running a Ponzi scheme – using money from new clients to pay off old ones – or he was engaging in illegal “front running,” improperly trading in investors’ private accounts ahead of orders the firm received from outside clients. Even after leaving Rampart, he persevered, driven by the intellectual challenge of cracking a Wall Street legend, and the ongoing encouragement from a Boston SEC staffer, Ed Manion.

The culmination of his analysis was a 21-page memo Markopolos sent in November 2005, to SEC regulators, “The World’s Largest Hedge Fund is a Fraud.” It outlined his suspicions in more detail and invited officials to check his theories. In the document Markopolos states:

Bernie Madoff is running the world’s largest unregistered hedge fund. He’s organized this business as [a] “hedge fund of funds privately labeling their own hedge funds which Bernie Madoff secretly runs for them using a split-strike conversion strategy getting paid only trading commissions which are not disclosed.”

It’s interesting (to me anyway) to read how Madoff dissed Harry Markopolos — even after his repeated warnings about Madoff’s fraud had been proven right. In the introduction to his book No One Would Listen, Markopolos recounts a pre-sentencing interview the embarrassed SEC conducted with Madoff where, in part, the fraudster was asked about Markipolos’s attempts to warn the SEC and investors … 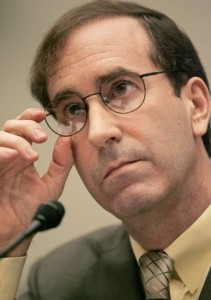 But it was about halfway through this interview, when [SEC Inspector General David] Kotz asked him about me, that his [Madoff’s] attitude changed. “So let me ask you,” Kotz said, consulting his notepad, “How much do you know about Harry Markopolos?”

Madoff immediately waved his arm dismissively. He bristled. I was nothing, he told Kotz. “This guy is getting all this press, all this attention. He thinks he’s some kind of seer. But believe me, it’s all overblown. You know what? He’s really a joke in the industry.”

Madoff continued, explaining that I was “a guy who was just jealous” of his business success. As Kotz listened to him, he began to realize that Madoff considered me a competitor and appeared to be bothered by the fact that I was getting attention that rightfully belonged to him. He wouldn’t let it go. Later in the interview he defended his investment strategy, which I had ripped apart, telling Kotz, “All you have to do is look at the type of people I was doing this for to know it was a credible strategy. They knew the strategy was doable. They knew a lot more than this guy Harry.

No they didn’t. They just saw the money. And they could not see through the dangerously charming exterior of a man who labeled me a “joke”.

So, eventually the liar and con-artist was exposed. The house of cards collapsed. Madoff is behind bars and disgraced. From hero to villain. And on the way down, classically, he smeared his critics as ‘envious’ ‘competitors’ in ‘the industry’ rather than answering their charges. (Well, he would, wouldn’t he?)

Smeared by a tumbleweed

Sometimes those whose activities are being questioned soothingly murmur, as Madoff did: “Oh don’t pay any attention to that criticism — that’s just competitor-bashing. Envy. Tall poppy syndrome. That guy’s a joke.” — all of which, coincidentally, a local property spruiker has (apparently) said about me to his followers recently. (Like I care!)

What I DO find interesting, however, is that the spruiker in question, Dean Letfus, doesn’t actually answer my criticism — of (a) his marketing methods, (b) his hyperbolic claims & promises and (c) his demonstrated track record as a property spruiker/commission agent while promoting himself as an ‘educator’ — in a meaningful way. No. Instead, he chooses the Madoff-esque route of slandering his critic while spouting double-speak to the faithful…

Pursue truth, real truth, knowing you will rarely find it in people who have agendas, are negative or critical, and where their envy is showing.

Oh dear. Speaking personally, I interpret that dodge-the-question-smear-the-messenger behaviour as fitting part of a pattern as I have said before.

Who knows what else this spruiker, his confederates and his defenders may fling at various critics in their increasingly desperate moves to try to dodge the real issues and stave off the day of reckoning? Ultimately it doesn’t matter.

Let me say this: The ‘truth, real truth’ will emerge. Of that, I am confident.

Perhaps it is emerging already.