« The trajectory of property spruiker Dean Letfus
Weaponising the web? Or just trolling? »

The business of selling words

So, does all-encompassing MEDIA find an audience, or does the audience find what they ‘re interested in knowing more about? What do you think? 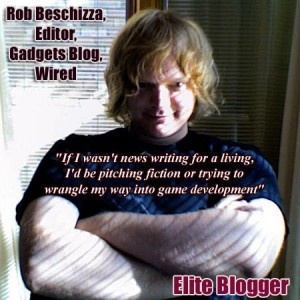 From a new article ‘How to Blog’ by Rob Beschizza at Boing Boing with some good stuff to say about writing, including the ‘so yesterday’ thought that maverick bloggers were always gunna be ‘outside’ MEDIA … instead of, as I say, absorbed into the borg.

It’s about what readers want but also, where writers see themselves going, career-wise.

SERIOUSLY, WHAT IS BLOGGING?
It’s a funny word for writing online. This question persists because getting noticed in “blogging” is widely perceived as the gateway to a career in writing and journalism. And for all its challenges, journalism is fun if you pick the right subject. It’s a cool job.
A few years ago, blogging was a new, controversial and even disreputable form. Established, credentialled, school-indebted journalists faced barbarians at the gate: barbarians in pajamas. Writers with their own websites, no boundaries, and only a fleeting interest in the trade’s ethical traditions. The readers wanted a less mediated connection to the news, something more personal than the AP style guide offered, and bloggers delivered it.
As time went by, though, the business of selling words accommodated itself to it. Journalists became bloggers, and bloggers got hired by magazines and newspapers. And here we all are. …

For me, as we discussed briefly here re Andrew Sullivan’s view of ‘Loyalty, engagement and criticism’ … the ‘ethical’ stuff (telling the truth) remains an important distinction, so it’s good to see Rob mention it.
Liars have written their lies on clay tablets, goat skins, papyrus, parchment … and WordPress, Tumblr and Twitter. Same old, same old.

Read Rob’s article How to blog at Boing Boing for an interesting viewpoint, and some stuff to consider — as he says: ‘I present to you the fourth-best article about blogging published this week.’

Update: On related thoughts, if you care, read this: It’s Time to Stop Talking About the Death of Big Media by Hamish McKenzie Pando Daily

Didn’t we evolve beyond the “Internet vs big media” dichotomy a few years ago? Isn’t it clear that “the Internet,” despite the magical quality applied to it by some denizens of the Valley, is nothing more than a network, which can be used as a channel and a platform, and that it is just as accessible to “big media” as it is to a bunch of comp-sci grads who have rented space in Palo Alto?

The idea that “the Internet” will defeat a clueless “big media” at its own game is romantic at best, naive at least, and actually, in a way, kind of cute…

Yes, the digital disruption of the media industry has been massive and real. It pried open some cracks in which some excellent excellent new media properties have been able to thrive – Slate, Salon, The Awl, just to name a few. New platforms have emerged to challenge big media’s hegemony, but as they mature and as big media catches up, those platforms – Facebook, YouTube, Twitter, Spotify – are proving fertile territory for the major media brands. CNN, for example, is one of the most followed brands on social media. Its central Twitter presence counts more than 4 million followers. The Huffington Post has 1.8 million. …