« ‘Friends’ and enemies …
Take no prisoners » 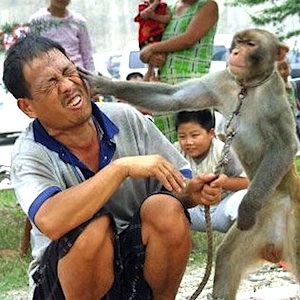 But how about a bit of sympathy for these guys:

By Anne Gibson | NZ Herald | Wednesday Jun 23, 2010
Bridgecorp’s receivers are investigating what to do after the Fijian military regime seized the failed Momi Bay resort against its wishes. … The Fiji Times reported yesterday that the Momi Bay Development Decree became effective last Friday. …

“The state found it was essential and imperative that the [superannuation] fund acquired proper ownership of the stagnant tourism project so it could realise the securities that the fund held in Momi,” the newspaper said.

This unusual state of affairs reminds me of someone I know of who was so confident in the bright future of sections in a Fijian resort development/subdivision he was, apparently, on-selling at a profit (to fund his “work with the poor in Fiji”) that he personally guaranteed the buyers’ funds until they receive title …

Does all this sound a bit too good to be true?? Well it is not unusual for developers to offer presales at discounted rates to get s/divisions out of the ground. The level of discount reflects the fact that the funds are being disbursed directly to the developers so potentially your funds are unsecured until title. I am sufficiently confident in the development having met with the developers on site and completing extensive due diligemce [sic] in Fiji that I am willing to remove that risk for you by guaranteeing your funds until title.

There is VERY significant profit in these sites as soon as title is issued or close. My onselling of some now enables me to continue my work with the poor in Fiji and allows you to purchase a significant investment for much less than it’s [sic] true value. There are only a small number of sites left so please contact me promptly if you wish to pursue this offer. CONTACT ME …
— source: Dean Letfus Massive Action promotion for Coral Lagoon development

Lucky for those holding the personal guarantees, huh? Phew.
But seriously, I wonder how that’s all working out? I’d be curious to hear an update from people in the know.

And then there’s this, from the ‘dammit-things-were-just-starting-to-look-more-promising’ school of business … a quote from the Coral Lagoon (re-christianed Malomalo) developers February 2010 newsletter …

With the political situation stabilising in Fiji, as far as key appointments within the Government, we can now start planning with more certainty, the EIA processes, as well as commit the resources required to complete the requirements set-out in the TORs.
We are very confident the EIA process will be completed and approved by December this year [2010]. However, we have not let the delays experienced throughout 2009 hold us back and have pre-empted its approval, boxing on regardless. …

I wish the developers at Malomalo — and their buyers — all the very best with their endeavours. May their hard work pay off and their dreams come true. I mean it. What a tough time they’ve had.

But this: “With the political situation stabilising in Fiji… “? Er, crikey.

Tell that to the Bridgecorp receivers.