More property rights go up in flames in Fiji 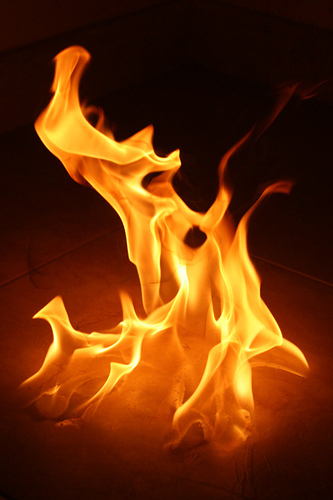 Last week we discussed the (then) latest development in property investment in military-rule Fiji. A ‘stagnant’ resort development (Momi Bay) was seized by the government — over the protests of the receivers of Bridgecorp the NZ funder which held securities over the project. Basically, leaving them whistling.

I also briefly related how property spruiker Dean Letfus had, apparently as part of his sales pitch, offered personal guarantees on sections in another planned resort development nearby Coral Lagoon. Dean Letfus was on-selling these sections to his ‘students’/clients — personally guaranteeing their purchase funds (“full payment in advance” to be “disbursed directly  to the developers” before title issued, he explained), until the purchasers actually received title.

He even compared the sections he was selling (favourably) to the now-SEIZED Momi Bay development “next door”! Crikey. A quick scan of the website of the re-christianed Coral Lagoon resort (now marketed as Malomalo) shows the project is still VERY MUCH DELAYED … although the developers are still chirping optimistically about “the political situation stabilising in Fiji”.

We’ll have more to say about Dean Letfus and his personal guarantees another time … but these comments are just as background to today’s development in Fiji — reported tonight on the stuff.co.nz website by longtime Pacific correspondent Michael Field…

News of another ‘decree’ — an ‘oppressive restriction’, a different property grab — if anything more brazen than last week’s seizure. Can things get any worse in Fiji?

LATEST: Fiji’s military regime has cracked down on the already heavily censored media and ordered the top circulated Fiji Times to remove Rupert Murdoch as its major owner.

Under the Media Industry Development Decree, announced today by military appointed Attorney General Aiyaz Sayed-Khaiyum publishers and journalists can face thousands of dollars in fines for breaking the decree.

“At this stage, Fiji Times is the media organisation that needs to comply with the ownership requirements.” The Fiji Times, Fiji’s oldest and biggest circulated newspaper, is owned wholly owned by Murdoch’s News Ltd.

Any business person or investor attempting to navigate the crazy political-economic situation in Fiji has my sympathy, including Dean Letfus. I guess it’s just one of those lessons someone with more experience would have perhaps learned before ‘on-selling’ sections that didn’t exist yet to their ‘students’.