In the service of the 9th floor 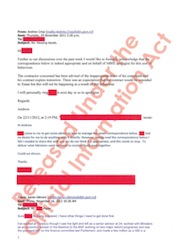 I’m clearly not the first nor only observer to be struck by the extraordinary alacrity with which the Ministry of Business, Innovation and Employment (MBIE) fulfilled recent Official Information Act (OIA) requests for dirt on Aaron Gilmore.

Is anyone asking how political reporters came to ask for details of the disgraced National MP Aaron Gilmore’s departure from the public service at the end of last year prior to replacing Lockwood Smith (in numbers only) in the government caucus? And who it might serve to ratchet the pressure up on the rogue MP by spilling his semi-literate bully-boy emails (PDF)? 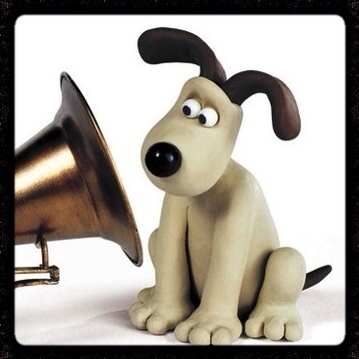 It seems pretty self-evident that members of the news media — the Parliamentary press gallery in particular — were tipped off that there might be ‘skeletons’ in Mr Gilmore’s time at MBIE. As discussed when we considered the veracity of the ‘Russian hackers access Murray McCully’s gmail account’ fable (see: Every source leaks for a reason, Patrick) reporters in the galllery sometimes get played like a cheap violin. Like a greyhound chasing the appearance of a bunny, they competitively pursue a scoop, inadvertently doing other people’s dirty work or creating distractions for shadowy figures whose motivations are multi-layered (to put it kindly).

Certainly, in this case it seems clear that Mr Gilmore is being ‘thrown under a bus’ or ‘hung out to dry’ or [insert crucification/execution metaphor of your choice here] by his former colleagues. An OIA request fulfilled with such speed is a rarity. The last one I can recall was when the then boss of the SIS Warren Tucker apparenty wanted to land a punch on then Opposition leader Phil Goff and fast-tracked an OIA response to a request by right wing lapblogger, activist and National Party mouthpiece Cameron Slater. (see: SIS boss’s slow resignation letter + Slater says enuf!)

The newshounds of the poltiical press, by skirting around their information sources for the Gilmore skeletons (i.e. not telling us it was the Prime Minister’s Office or the National Party whips ‘feeding the chooks’) risk being seen as little better than, in effect, the same pliant political tools as Whaleoil and his fellow propagandist David Farrar.

I’d love to see some reporting of the double-dealing and poltiical discpline being brought to bear on the errant list MP by his ‘boss’ John Key, and how it’s being managed. Has there been such reporting? Point me to it, if you see it, please.

In the meantime, I offer the above image as a replacement avatar for some of those humming the government’s line.

Pablo, at Kiwipolitico, offers his own theory for the Gilmore circus and barbecue. See: Happy for Gilmore …

National has to be delighted about the coverage of their drunken bully boy last on the list MP, Aaron Gilmore. Coalition partner John Banks is in court on issues of political corruption. National is trying to ram through under urgency a gross expansion of domestic espionage courtesy of the amendments to the GCSB Act. What does the media focus on? Not-so-happy Gilmore. If I were the PM, I would milk the Gilmore story for all its worth, always looking chagrined.

Update: And, I’ve just seen Lew at Kiwipolitico has written a humdinger of a post, Gilmore’s ghosts which includes this nugget …

If the Aaron Gilmore affair haunts the National party — and the other parties — such that they see a strong downside risk to appointing cronies, selecting megalomaniacs for their lists, and generally swaggering around as if they own the place, we’ll all be better off. If parties are forced to accept responsibility for their bad decisions, and as a consequence to select better people and implement better systems of accountability and conduct, cultures of power-abuse will abate. …. But for this sort of change to occur, we need media coverage to develop those real critiques of the exercise of power, rather than critiques of an obnoxious individual who is ultimately just a product of larger cultural systems. That would make this sort of wall-to-wall coverage worthwhile.