« Bradley Ambrose takes the initiative
Is NZ’s international reputation as a democracy taking a pasting? » 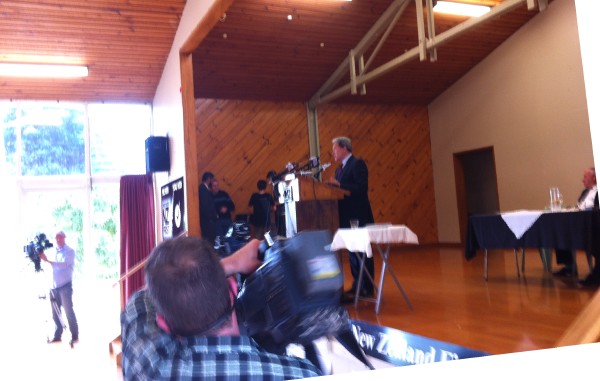 I heard comeback kid Winston Peters complaining today that his ‘clear as daylight’ Kelston speech hasn’t been adequately reported in the media.

Here’s a copy of the speech notes that I had at the event (with my scribbled notes on the last few pages). I filed reports from the venue on what I saw as the main ‘news’ angles — his declaration that NZ First would NOT go into coalition government with any other party, and would rather aim to be an ‘effective opposition’, etc and did further coverage of the speech and event back at the news centre.

Radio news isn’t really the medium for a protracted discussion about his (conspiracy?) theories. It can really only punch the issues and provoke discussion about them (like this) … but whatever your opinion of Peters, his issues are worth reading about, so you know where he’s coming from and what his ‘hot buttons’ are, exactly.

So have at it if you want. 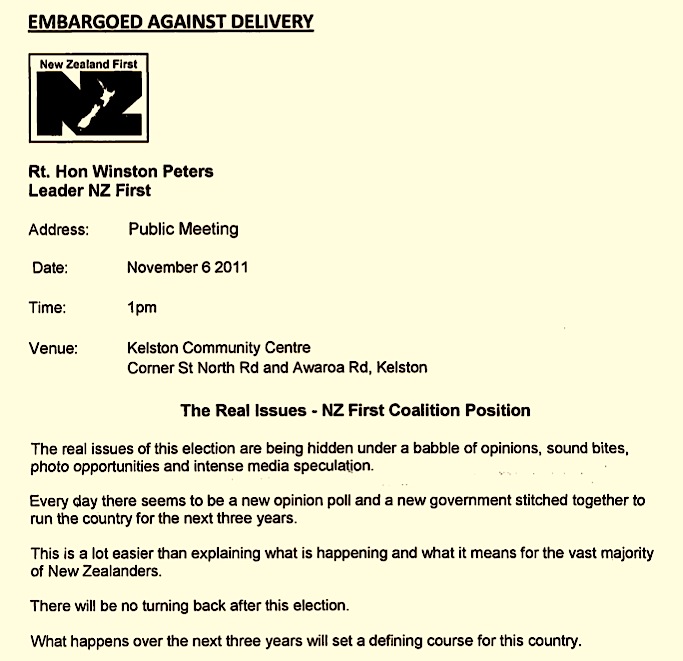 It really is quite amusing to see the … er … unease the rise and rise of Winston Peters provokes in certain sectors of the National Party, from high up, down to the attack poodles who ‘hate’ him.

What’s he got to lose?