What new media needs to learn from old media

What journalism should be:
Dogged and fearless 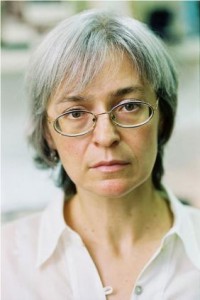 Wise words from one of my former editors, Don Rood, reviewing Nothing but the Truth by Anna Politkovskaya on Radio NZ this morning.

To proudly call yourself ‘new media‘ and talk about freedom of speech is good.
But recognise that you stand on the shoulders of ‘traditional’ media, and its values — and that you owe it a debt.
.

The truth matters; corruption should be exposed.
If it takes a while, keep at it. Dig.
Don’t be put off, or scared off.

.
That’s what ‘traditional’ media values are: Report the truth without fear or favour. Use them or lose them, I say.
It’s not enough to stand back and watch the train wreck unfolding. (Or blog about it.)
Blow the whistle! Or get out of the way of those who will.

Remember: “Daring: if there was no risk it wouldn’t take guts.”