« Get your own little piece of the subprime crisis
If you prick us, do we not bleed? »

O hardy-har-har-har. Here’s a turn up for the books (NOT!)… via Danny Sullivan at Search Engine Land

The details of the sting, which Danny Sullivan lays out, are interesting. Google artificially assigned nonsense words to unrelated search results then, searched for the ‘fake’ results (on Google) using Internet Explorer repeatedly.  What d’y’know? It wasn’t long before Microsoft Bing made the same nonsensical link! Several times. Oops. 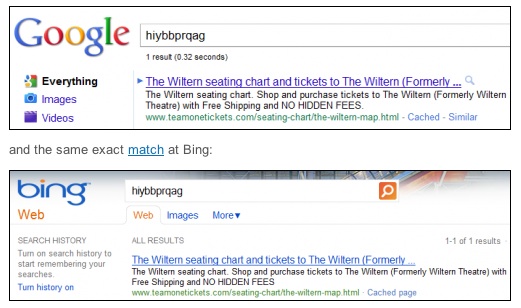 But, for the p-p-p-paranoid, THIS is the bit that gets creepy …

Google thought Microsoft’s Internet Explorer browser was part of the equation. Somehow, IE users might have been sending back data of what they were doing on Google to Bing. In particular, Google told me it suspected either the Suggested Sites feature in IE or the Bing toolbar might be doing this.

…Do Internet Explorer users know that they might be helping Bing in the way Google alleges? Technically, yes — as best I can tell. Explicitly, absolutely not.
Internet Explorer makes clear (to those who bother to read its privacy policy) that by default, it’s going to capture some of your browsing data, unless you switch certain features off. It may also gather more data if you enable some features.

Check Google dashboard out some time — but at least you can! (click)

All I can say is, if I was a Microsoft Internet Explorer user (shudder) I would have turned that setting OFF. Unlike some people, I don’t even stay logged into Google or iGoogle or Gmail … nor do I value their offer to record my web history. (In fact, drop over to google.com/dashboard some time and take a wee looksie at what they already know about YOU.) 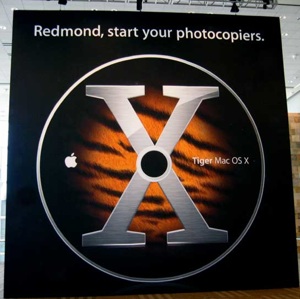 Zing! Well, it's undeniable, isn't it?

More cheap laughs from the same campaign here at Gizmodo.

Looks to me like Microsoft Bing is just doing business-as-usual.

How do you see it? (Craig: I already told you I was a one-eyed Apple fanboy, but seriously… what?)

Now, if both search engines can just put some energy into ridding the internet of spam pages and low-quality content MFA (rubbish) sites dressed up as ‘internet goldmines’ … please.