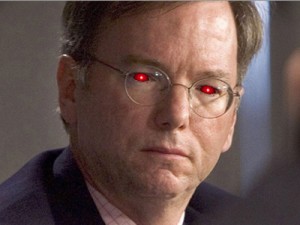 Worth reading, and so is the lawsuit filing from Skyhook (PDF hosted at Daring Fireball)

In short, Skyhook says that Google effectively forced Motorola to cancel a deal with Skyhook in which Skyhook would have provided location-based services in Motorola phones — because Google wanted Motorola to use Google’s own location services instead.

Google’s leverage was threatening to withhold certification of Motorola’s Google Android-based phone, according to Skyhook CEO Ted Morgan, which would have prevented Motorola from selling it.  — Dan Frommer Business Insider

Bully-boys. This episode also shows the mythical ‘openness’ of the Android platform is an illusion too.

Quote of the week (from Jake at comments):

If Google had never played the altar boy angle, I’m sure this would be seen as just another corporate tussle and not news.

Ouch. Dontcha just hate it when one’s own good intentions come back to bite one on the arse?

Disclaimer: I ain’t a saint. Or an altar boy. I keep saying it. – P

Thanks to John Gruber and Dan Frommer.