« Busted
Who is better at snooping? GCSB or Google? »

Google deceives the taxman with smoke and mirrors 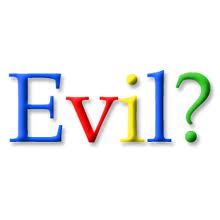 The internet giant Google was today branded “devious, calculating and unethical” by MPs who accused the company deliberately subverting its motto ‘do no evil’ in order to pay less tax.

Infuriated members of the House of Commons Public Accounts Committee (PAC) lashed out at the company as one of its most senior executives insisted that it was not “selling” advertising in the UK – but in low-tax Ireland instead.

The move allowed Google to pay just £6 million in corporation tax in 2011 despite generating more than £3 billion in advertising revenues in this country.

“You are a company that says you do no evil,” said Margaret Hodge the committee’s chair. “I think that you do do evil. You use smoke and mirrors to avoid paying tax.”

This evening the Labour leader Ed Miliband increased pressure on the company accusing it of operating a culture of “corporate irresponsibility” and going “to extraordinary lengths” to avoid paying tax.

Google bases its European operation in Dublin Irelend, and holds out a fiction that the ‘sales’ of its European (including UK) advertising business are conducted there.

That fiction is unwinding as a ‘stream’ of former employees turned whistleblower is providing evidence of sales operations, complete with invoicing, pay slips and sales commissions payable, which are indeed happening in the UK, with Google’s feeble argument that the ‘intellectual property’ of the sales transaction is based in Dublin. (Yeah, right.)

Under hostile questioning [Google’s head of operations in Northern Europe Matt] Brittin admitted that a “lot of the aspects of selling” did take place in the UK. But he insisted that the “closing of the transaction” took place in Dublin.

He said Dublin was Google’s largest operation in Europe with 3,000 staff and that any advertiser in Europe contracts with Google in Ireland.

He suggested that 99 per cent of Google’s advertising business was conducted through Dublin – but admitted that the remaining one per cent accounted for “between 60 to 70 per cent” of Google’s UK bases advertising revenues.

… Mr Brittin said that, although sales staff in the UK were promoting Google and encouraging people to spend money, the transaction would take place with Ireland.

“What people are not doing, any customer that spends with us, they have to buy from Ireland because that’s where the intellectual property sits.”

But Mrs Hodge said: “We all accept the billing is in Ireland. If sales activity is taking place in the UK, you are misleading both Parliament and the taxpayers in suggested that is not happening.”

Those were the days.