« You don’t have to make stuff up.
Is this how Shaun Stenning handles a request for a refund? » 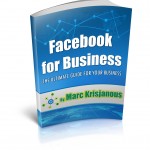 A friend of mine, Marc, mentioned here now and then, has written a book called ‘Facebook for Business‘ … this story (below) might inspire another chapter in the next edition. What NOT to do…. as Click Orlando Radio reports:

ORLANDO, Fla. — A Central Florida woman claims a finance company reached out to her friends and family on Facebook in an effort to collect her debt, and she has filed a lawsuit in an attempt to stop the practice. ….

Eventually, she fell behind on the [car] payment. She said her finance company, Mark One Financial, offered her deferments that would keep her on track for a while. She said she was surprised to find out that the company was tracking her through a social networking website.

According to documents obtained by Local 6, a representative from Mark One, using the name Jeff Happenstance, contacted not only Melanie on Facebook, but her cousin and her sister, as well.

“She was hysterical, asking me did I need money, were they going to take my car,” Beacham said. “She knew my car company was trying to contact her, and I said, ‘No way.’”
Beacham did not want anyone to know about her financial situation, certainly not her friends and family on
Facebook. “It’s humiliating. It’s personal,” she said. …. continues

These guys clearly know no boundaries, judging by this…

But Melanie Beacham has never been without a phone. In fact, agents from Mark One left voice mails and text messages on Beacham’s phone. Beacham said Mark One has called up to 20 times in one day. She also told Local 6 that this was her first and only experience with collections, and certainly her first encounter with Jeff Happenstance on Facebook.

OK, that’s harassment, surely? Her lawyer (who has apparently sued Mark One before) thinks so:

Florida’s law on collections is very broad but comprehensive. Abuse and harassment are explicitly forbidden. Howard said it will be easy to convince a jury that Beacham was the victim of both.